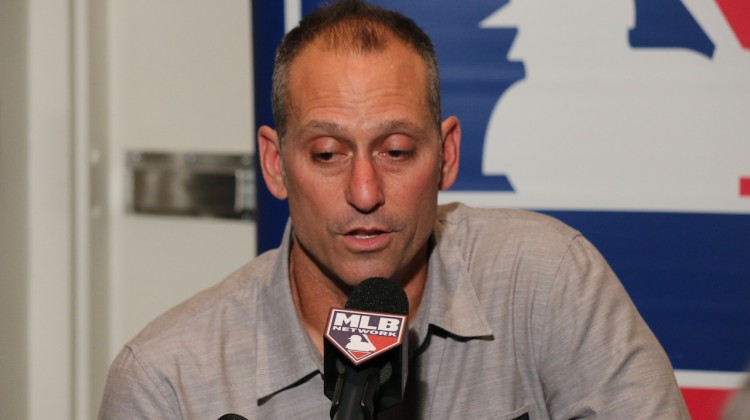 New Diamondbacks manager Torey Lovullo had his winter meetings media availability on Tuesday, and he gave a good snapshot of where he stands on a few young players.

First, Brandon Drury will be playing the infield this year. The versatile young player saw time in the outfield last year because of depth issues in that position area. Lovullo notified Drury that he will play infield to help shape his preseason training.

Jake Lamb was one of the best hitters in baseball for a portion of last year. But thanks to some heavy left-handed matchups against the third baseman, Lamb’s numbers dropped. Lovullo gave clarification that Lamb is an everyday play and the team will be patient with their young hitter.

Based of Lovullo’s comments, it is safe to say that Drury could pan out to be the team’s second baseman when the 2017 season kicks off. Paul Goldschmidt and Lamb will be on the corners and a platoon of Ketel Marte, Nick Ahmed and Chris Owings at shortstop.

Lovullo clarifies where his views on with the outfield as well, with two stars from 2015 getting healthy.

Lovullo has used his time since being hired on to familiarize himself with the roster and make connections with the current roster. That time is helping him now as the front office continues to work to add players to the roster.

Perhaps the biggest need for the Diamondbacks this offseason is addressing the bullpen. While reports have come out that Fernando Rodney will sign with the team and assume the closer role. The team has not confirmed the deal. The Diamondbacks have been very forthright in their efforts to add multiple arms to the bullpen, and the current members of the pen have every opportunity to earn their spot.

Mike Hazen stressed the additions and trades won’t stop after the winter meetings. As the roster takes shape, Lovullo will continue to develop those relationships leading into spring training.