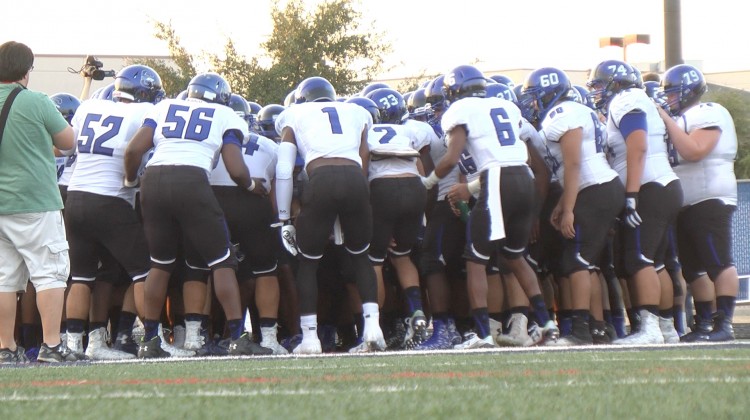 It’s already been a busy 2016 on the local high football front with some comings, goings and players making headlines both locally and nationally. Here are some stories which caught my attention over the last week or so.

East Valley Vacancies: Horizon will be looking for a new head football coach after Kris Heavner resigned to take a managerial job at a hospital according to someone close to the situation. The former University of Arizona quarterback, who has his masters degree, leaves after three seasons with the Huskies. Horizon went winless last fall in the reformatted, 17-team Division I. His sudden departure comes as a surprise but his impact both on and off the field will be remembered in north Scottsdale.

“I have nothing but positive things to say about my experience under him at Horizon,” senior two-way star lineman Luke Rudolph told Sports360AZ.com. “I appreciate the lessons he taught me…I really feel like he has tried to help all of his players to become better athletes, students and people.”

Star Gazing: ‘Tis the season for showcase games as some of Arizona’s prep stars hit the big stage. Chandler High’s N’Keal Harry took a break from shattering backboards to lead all receivers with five catches for 32 yards at the Under Armour All-American Game last weekend. According to reports the wide receiver impressed all week in practice, as well. Mountain Ridge long snapper Turner Bernard (San Diego State signee) also played in the game.

Harry’s teammate and fellow future Sun Devil Chase Lucas has performed well defensive drills leading up to Saturday’s US Army All American Bowl at the Alamodome in San Antonio. He’s joined by Saguaro’s Byron Murphy, the top uncommitted player in the state who has one more big visit coming up.

On (to) Wisconsin: Speaking of the Sabercats, former Saguaro stars and future Wisconsin Badger brothers Kare’ (2016 quarterback) and Kayden Lyles (2017 offensive lineman) will again be close to one another after the Lyles’ family decided to move back to Madison.

“My family is extremely excited and so am I for them to move to Madison,” Kare’ Lyles told Sports360AZ.com. “We lived there our whole [lives] until my freshman year of high school.”

Kayden Lyles will be a senior in the fall before joining his older brother on campus in 2017. He will visit some high schools in the Madison area next week before selecting a final destination to play his senior season.

An early enrollee, Kare’ Lyles is set to arrive on campus early next week. Both were key pieces in leading the Sabercats to back-to-back state championships.