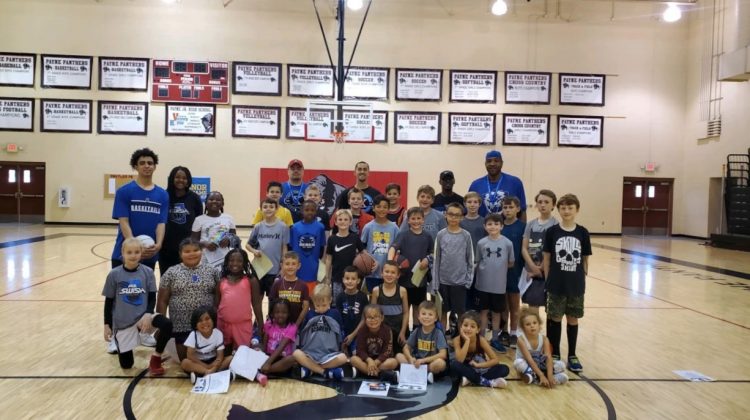 Developing passions and having mentorships as a child or teenager can be essential and valuable for growth and development. Having mentorships, people to look up to and learn from, can make all the difference in the lives of young athletes.

The Reach Basketball program aims to do exactly this for many children in the East Valley through a program that allows kids to develop a love for basketball in a structured environment.

“We do all the camps, clinics, leagues, after school programs for the five major school districts in the East Valley,” said former Arizona State basketball player Rodger Farrington, who is the founder and creator of the Reach Basketball program.

With these camps, clinics and after school initiatives, kids have opportunities to obtain extra practice and guidance in the sport, and employees like Farrington have the opportunity to share their genuine love for the game with these kids in an influential and supportive way.

“After I retired from professional basketball, I just wanted to share what I knew and just break the game down in its simplest form so kids who have never played the game can understand and can learn,” Farrington said.

It is through these programs that kids can develop the drive needed to succeed in the sport and they are able to learn from mentors who share a love for the game and a desire to share what they learn with others. The project has come a long way from when it first began because of the commitment of everyone involved.

“It got this far because I had, and I still have really good coaches on staff behind me, so we are able to really stretch out and still keep our full values, full brand and good instructions,” Farrington said. “That’s the reason we were able to at least branch out and grow so much.”

One coach, Brad Strauss, along with his two children, have been a part of Reach since 2012. It has been their entire lives since his kids were in first grade. Now they are teenagers. The family has spent countless hours after school and work at the gym, while spending their weekends out of town at tournaments.

One main goal of the Reach program is to help kids learn the fundamentals of basketball. Strauss said the most rewarding part is seeing a kid who has never picked up a basketball, become one of the most skilled players in a matter of two years. It’s part of the growth and development for each young player.

“When you see a kid who couldn’t do anything, two years later, using their left hand for layups, making jump shots, dribbling in between their legs, that’s what this program has done,” Strauss said.

While basketball is the focus, there is also an emphasis on family values. Strauss’ kids developed friends from the program, and as an adult he has made many friendships with various families, too.