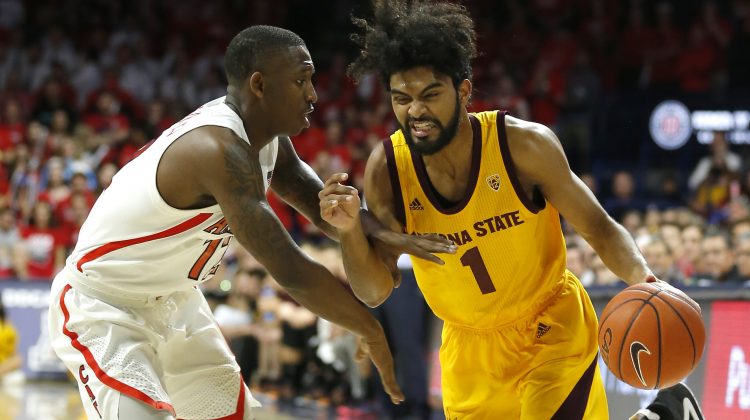 Arizona State has lost its last four games and desperately needs a win to keep pace in a highly competitive Pac-12 conference. Here are five things the Sun Devils must do to get the job done.

ASU has lost the rebound battle in nine of its first ten contests and its average of 31.7 rebounds per game ranks 317th in Division I.

Sophomore forward Jalen Graham returned to practice this week and will provide the Sun Devils with a much-needed infusion of size up front if he is able to play against an Arizona team that is 25th in the nation in rebounds per game and 11th in offensive rebounds.

“We have to solidify our frontcourt,” head coach Bobby Hurley said. “We’re going to need to get those guys performing at a good level and making sure we’re all protecting the lane and rebounding the basketball. Those are going to be major priorities.”

Misses from behind the arc were a key factor in the Sun Devils’ loss to Oregon State. ASU converted just five of their 21 three-point attempts in that game, four of which were by freshman forward Marcus Bagley.

The Sun Devils cannot afford another lackluster shooting performance against Arizona, as the Wildcats have scored 80 or more points in four of their last six outings.

“Our percentages have not been great,” Hurley said. “We got to figure out a way to make some open shots and close that gap a little bit.”

Perhaps the Sun Devils’ greatest strength against Oregon State was their ability to generate points from turnovers. ASU forced 11 giveaways and committed just four, enabling them to keep pace with the Beavers in a game that would have otherwise been a resounding loss.

ASU will need to keep momentum on its side against a high-octane Arizona offense and forcing turnovers will give them a strong chance to do so.

While ASU was good at taking care of the basketball in its last game, they seemingly could not stay out of foul trouble, sending Oregon State to the free throw line 13 times.

Senior guard Alonzo Verge Jr. fouled out and four of his teammates had three or more fouls of their own. Arizona has made just 70.6 percent of its free throw attempts this season, but the Sun Devils would be wise not to give them free opportunities at the stripe.

In the late stages of their game against Oregon State, the Sun Devils committed a series of key mistakes on defense that led to their undoing. Verge Jr. fouled Oregon State’s Jarod Lucas in the act of shooting a three with half a minute remaining and ASU up by one.

Then, after Bagley made a three-pointer to put the Sun Devils back up by a point, a miscommunication in the low post allowed the Beavers’ Warith Alatishe to score the game-winning basket.

In the event that Arizona State finds itself in another one-possession game against the Wildcats, the Sun Devils must ensure that they maintain their focus and do not repeat old mistakes.

Although Arizona State currently finds itself playing catchup, it was able to put together a 9-1 stretch after starting 1-3 in conference play last season. Beating its most hated rival in back-to-back contests could be just what ASU needs to reverse its fortunes for the second year in a row.