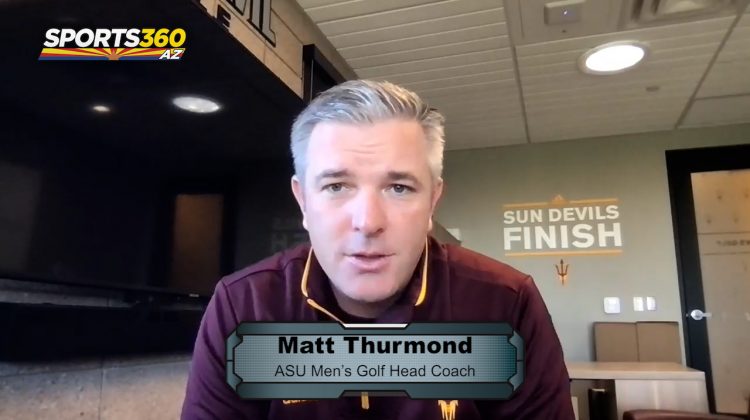 The collegiate golf season will start this weekend with a two-day, four-round match between the top two preseason ranked teams in the PAC-12 in ASU and UofA. They’re calling it “The Copper Cup,” a Ryder Cup-esque tournament, on Jan. 17-18 at Ak-Chin Southern Dunes in Maricopa.

“Both teams are playing well and feeling good so it just seemed like a great time to do it,” ASU men’s golf head coach Matt Thurmond said. “We can’t normally just throw a tournament like this in because we have a limited amount of competition days but we had some extra to work with and we did it.”

The Sun Devils enter as the No. 1 team in the golfchannel.com preseason rankings and are listed as favorites to win the PAC-12. Thurmond is honored that his team is regarded as the best, but he doesn’t understand why preseason rankings even exist when they haven’t played any golf yet.

“It’s cool that we’re ranked No. 1 by Brently Romine [golfchannel.com],” Thurmond said. “It’s nice to see that people think that ASU is in a good place… but a preseason ranking is nothing. It doesn’t mean anything when we haven’t even played a hole yet… Everyday we have to go out and re-earn it again. We’re not afraid to be No. 1 for sure.”

“You’d be surprised, it’s not real friendly,” Thurmond said. “We have nothing against them and I don’t think they do with us, but it’s funny that there’s a deep feeling that it’s on. Neither of us want to lose to each other.”

This will be the first team match that either program has played since March 2020 after the PAC-12 didn’t allow team events during the fall. ASU has been able to practice as a unit all year long, but there have only been individual performances, like that of Kevin Yu in the U.S Open back in September.