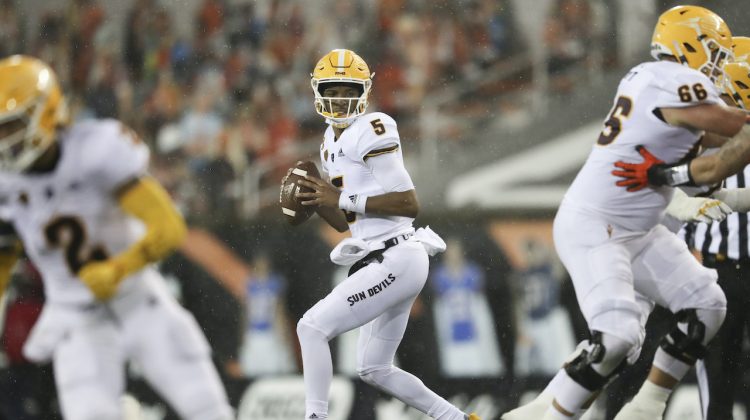 The Sun Devils took care of business in Corvallis in the final week of the Pac-12’s regular season, beating Oregon State 46-33 on Saturday.

The Devils accumulated 375 yards on 42 carries and six scores. Rachaad White led the way with 158 yards and two scores, and Jayden Daniels rushed for 83 yards for two more scores. He also threw for 139 yards and a score.

After the game, the Sun Devils announced the team will opt out of a potential bowl game.

“Our number one priority has always been the well-being of our players, and we are making this decision based upon that,” Head Coach Herm Edwards said in a release. “Our players have worked extremely hard since they returned to campus this summer, and they have shown tremendous resiliency in dealing with adversity and challenges each and every day. We’re proud of what they have accomplished and of the way they have handled everything on and off the field. We look forward to beginning our preparations for the 2021 season when they return to campus January 11.”

The Sun Devils finished the season 2-2 with three canceled games due to positive COVID tests on the roster.

Many key contributors, especially on offense, are underclassmen and are expected to return. Each player in the NCAA will be granted another year of eligibility as well, which could mean seniors and grad students like Chase Lucas, Frank Darby, Kellen Diesch and Henry Hattis could return for another season in Tempe.