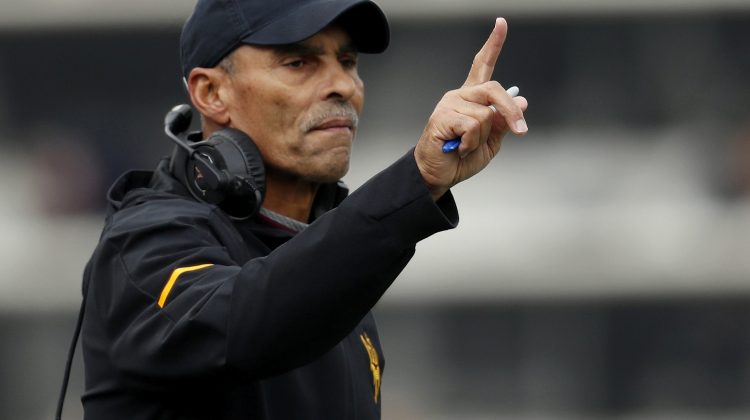 The highly anticipated to start to the Pac-12 football season is nearly upon us and for Arizona State and USC, it will be more unique than ever.

The Sun Devils and Trojans will kick things off from the LA Memorial Coliseum at 9:00AM local time.

“I think a lot of people will be very curious to see just how players respond to playing at nine AM,” FOX Sports college football reporter/insider Bruce Feldman said to Sports360AZ.com’s Brad Cesmat earlier this week. “I heard Herm [Edwards] say team meal breakfast is going to be at 4:45 AM. It’s going to be interesting to see how this plays out.”

On the field, it pits a matchup against arguably the top two teams in the Pac-12 South.

“I’m interested to see what ASU can be like right now,” Feldman explained. “Jayden Daniels had a terrific first season. I like the direction from what I’ve seen from ASU. Obviously, we’ll have to see what the defense looks like with Marvin Lewis taking over on that side of the ball but I think they’ve recruited well. I think they have really good energy. Obviously, they have to replace two terrific players on offense in Eno Benjamin and obviously Brandon Aiyuk on the outside.”

The Trojans also feature some key pieces offensively, including one from Arizona.

“The excitement about USC is big now, especially about the offense with Kedon Slovis,” he continued. “I think it’s a fun matchup.”

Feldman will be part of the ASU-USC FOX broadcast crew bright and early Saturday morning.