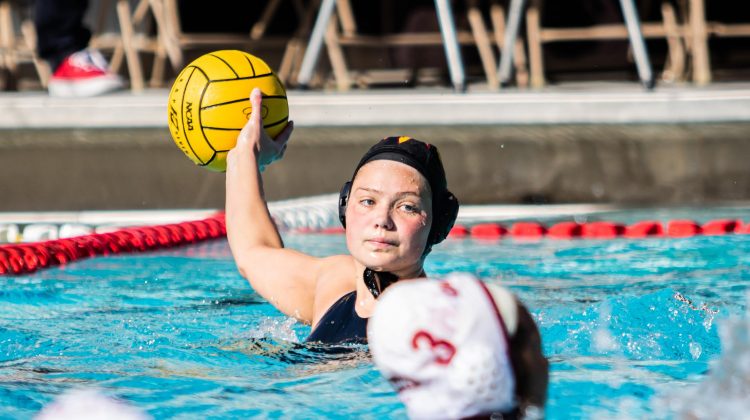 The next generation of Canadian Olympic water polo stars could be right here in Arizona, playing at Arizona State University.

Blaire McDowell and Allison Cameron were selected to the NextGen Program for Team Canada, to train with 19 other Olympic hopefuls in the pipeline and the current senior squad for the remainder of 2020. The training is taking place at the National Training Center in Montreal, Canada.

“I was excited because it’s cool that they’re already starting to focus on the 2024 Olympics,” McDowell said. “I was surprised that they’re starting things up.”

With the 2020 Olympics in Tokyo being pushed back to 2021 due to COVID-19, Team Canada decided they wanted to get their young talent ready a year earlier than scheduled to ensure they have access to training and extra knowledge from their current roster.

McDowell and Cameron aren’t strangers to national teams north of the border. McDowell was the U19 MVP at the 2019 Canadian Nationals and played in numerous other events with Team Canada. Cameron won a bronze medal as one of the captains on the 2017 National Team at the Youth Women’s Pan-American Championships in Lima, Peru.

Cameron has been in Montreal since the NextGen program started on September 21. After a long offseason full of training in random places, she decided to take all her classes online in order to get reps with Team Canada.

“I was swimming in lakes that are disgusting,” said Cameron with a laugh. “But now I’m back in the pool, and with online classes, I’m able to devote so much time to developing as an athlete.”

McDowell opted to stay at ASU for the rest of the semester because she’s a leader on the team and wants to continue pushing them forward. It wasn’t an easy decision, but she believes it’s what is best for her and the team.

“We are already a team here and we’re all training for one goal together, which is to win a championship in 2021,” McDowell said. “In Montreal, the training would be about learning the system and working towards a longer-term goal, which is also amazing and important, but I can wait a little longer for that opportunity.”

McDowell, a sophomore last season, finished with 14 goals and 29 points while battling a labrum injury. While a shortened season was disappointing, she said it was good to let her body heal and rest in order to be even better moving forward.

Cameron came into her own as a freshman last season, finishing with 17 goals and 30 points. As an attacker, she focused on being aggressive on offense, while also learning new positions.

ASU Water Polo head coach Todd Clapper knew McDowell and Cameron would have opportunities to continue developing with Team Canada because they were so involved with the youth teams while he was recruiting them.

He noted that they both need to embrace the next level of competition they’re going to face. There are 21 players attending the NextGen program, but a typical Olympic roster only has 12 spots. With maybe six players retiring before the 2024 Olympics, that leaves little room for McDowell and Cameron to make the team.

“What I want them to know is that this taste is a reality and that they can really go after their dreams and make an Olympic roster if they make the right adjustments,” Clapper said. “They need to learn their limiting factors and attack them for the next three years.”

Clapper knows McDowell is a great attacker who is aggressive getting into the lane, but she’ll need to improve her outside shooting game. He also said Cameron is a tremendous outside shooter who just needs to get better at moving off the ball and keeping her confidence.

“They’re both already phenomenal players with very few holes in their game,” Clapper said. “But to get to the next level they need to be really picky about their weaknesses.”

While Clapper is focused on winning a championship and building the ASU Water Polo team, he’s been supportive of McDowell and Cameron throughout their international process.

“He’s been great,” Cameron said. “He’s been very supportive about me choosing to train in Canada this semester because he wants all of us to follow our dreams.”

McDowell and Cameron were teammates during the Pan-American Games in 2017, and their bond has grown at ASU. They both believe they can make a senior national team and Olympic roster in the near future.

“I’m just really thankful that we both have this opportunity and that we can represent ASU at the highest levels,” McDowell said. “The work ethic we’ve built at ASU will show up at the NextGen program and beyond.”