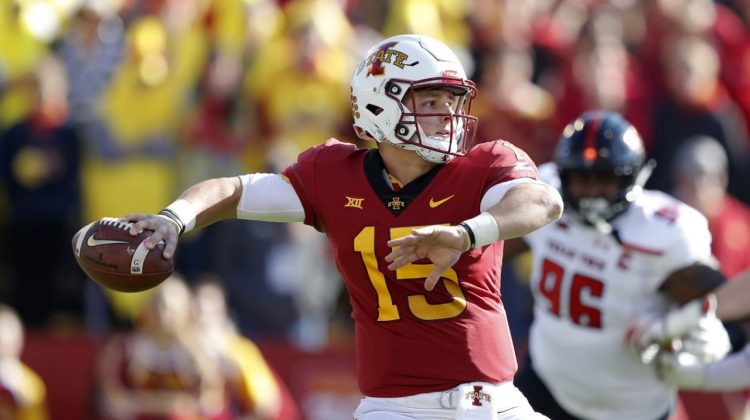 Two of the best high school quarterbacks that Arizona has had to offer in recent years are getting set to take center stage in a Big 12 showdown on primetime this evening in college football.

Former Perry Puma standout Brock Purdy and former Pinnacle star Spencer Rattler will duel against one another when Iowa State and Oklahoma take the field tonight at 4:30 p.m. local time in Ames. The game is being broadcasted nationally on ABC.

The Sooners with Rattler as a starter, are 1-1 following an upset loss last week against Kansas State. In just two games, Rattler has eight touchdown passes and has completed 44-of-58 pass attempts for 677 yards.

Iowa State meanwhile, was also upset in week one against Louisiana before bouncing back nicely with a game two victory against TCU. Purdy was 18-23 for 211 yards and a touchdown in the victory over the Horned Frogs.

Although they inter-lapped by three years, both Purdy and Rattler never actually squared off in high school. Though, Rattler did face the other Purdy, Chubba, in the opener of the 2018 season. Pinnacle won the opener before Perry got its revenge in the playoffs while Rattler wasn’t playing.

Now the elder Purdy will get a chance to go toe-to-toe with Rattler, just like it’s a game of Friday Night Lights in Arizona. Though, the stage is a little bigger now. Both are Heisman hopefuls, and it should be a fun battle between two former AZ prep stars.