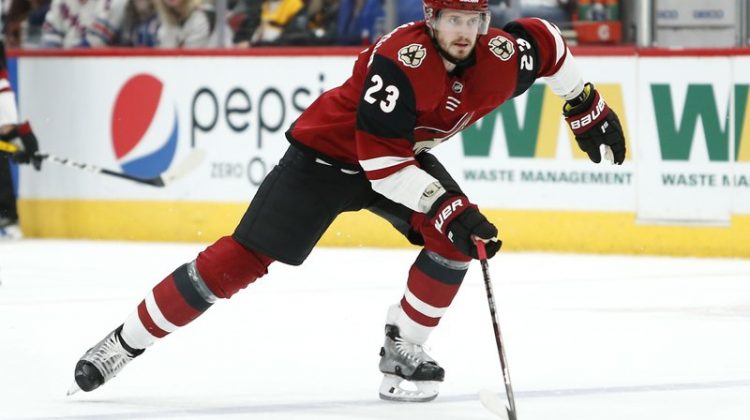 There has been constant trade speculation over the last couple of weeks surrounding Arizona Coyotes captain Oliver Ekman-Larsson.

However, after many rumors and trade possibilities thrown around, it appears OEL will be staying with the franchise, according to Craig Morgan of AZ Coyotes Insider.

Oliver Ekman-Larsson's agent Kevin Epp tells me that OEL is staying with the Coyotes: "Time's up."

Ekman-Larsson’s agent, Kevin Epp, gave the Coyotes a deadline of this Friday, Oct. 9 to make the trade earlier this week. They wanted to get the proceedings out of the way once free agency began, which starts today.

According to multiple reports, the two trade destinations on Ekman-Larsson’s list were the Boston Bruins and Vancouver Canucks. However, things were held at a stand still and the move was never made. One thing to consider was Ekman-Larsson’s contract, which runs through 2026-27 with an AAV of $8,250,000.

It could have been a big contract for the Bruins or Canucks to take on in a league that is running on a flat salary cap of $81.5 million – the same as it was in 2019-20. Thus, it appears the captain will remain in the Valley.

Ekman-Larsson had 30 points this past year, which was the lowest of his career since the 2012-13 season. The Swedish defenseman recovered from a knee surgery last summer just prior to beginning the 2019-20 campaign, and he stated he was fully healthy this past June.

Whether it was ongoing effects of a knee surgery or just a down year, the Coyotes captain will look to respond now that he has trade talks behind him. There’s no doubt that Ekman-Larsson has been an integral part of the Coyotes franchise for the past decade, and he’s one of the most respected members of the organization. New General Manager Bill Armstrong cemented that statement earlier this week.

“Oliver’s a great player. He’s the captain of the Coyotes and he plays 23 minutes a night. He’s a big part of this organization,” Armstrong said after Wednesday’s NHL Draft. “I kind of inherited this situation to some degree and I don’t have a lot of control of his agent setting deadlines and these things, but I had a great conversation with Oliver. I kind of reiterated this, ‘You’re a great player.’  Right at this point, we’re going to explore what’s on the table. When that ends or whenever that happens, then we’ll hook back up for another phone call and we’ll deal with it at that point in time, but I reassured him about my belief in him not only as a person, but as a player. He’s a great player.”

Aside from OEL, Armstrong indicated on Wednesday that the team would not look to re-sign free agent forward Taylor Hall, who played the second half of the season with the Coyotes after being acquired in a trade with the New Jersey Devils.

The two sides just had separate agendas, and with Hall only making the playoffs twice over his 10-year career, he’s likely looking for an instant Stanley Cup contender, which the Coyotes are still strides away from at the moment.

And in addition to the Hall news, the Coyotes also made their first two signings of the free agency period, signing former Philadelphia Flyers forward Tyler Pitlick to a two-year deal as well as former New Jersey Devils center John Hayden.