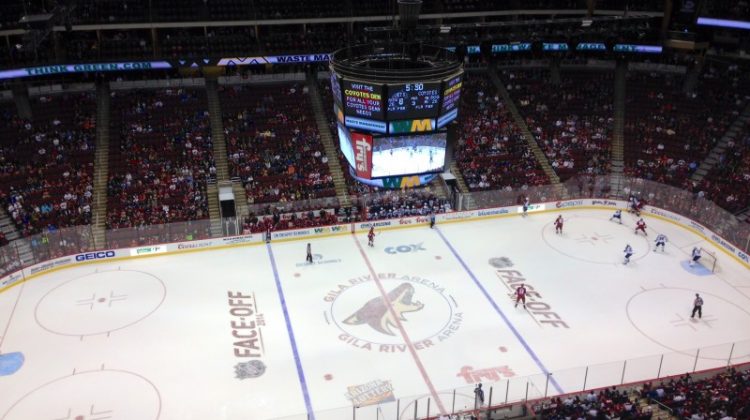 The Arizona Coyotes have officially renounced the rights of their 2020 fourth-round draft pick, Mitchell Miller, after disturbing reports of bullying and racism in the past of the 18-year-old defenseman.

In an investigative story from The Arizona Republic, details were released about Miller’s involvement as a 14-year-old in bullying an African-American classmate, Isaiah Meyer-Crothers, with developmental disabilities.

According to the story, the actions included wiping a candy push pop in a urinal and having Meyer-Crothers taste it without knowing that it had been put in the urinal. Miller also used racial slurs and was eventually convicted in a juvenile court in Ohio for the bullying. All of this led to Miller’s renounced rights this morning.

“We have decided to renounce the rights to Mitchell Miller, effective immediately,” said Coyotes’ President and CEO Xavier Gutierrez in a statement from the team. “Prior to selecting Mitchell in the NHL Draft, we were aware that a bullying incident took place in 2016. We do not condone this type of behavior but embraced this as a teachable moment to work with Mitchell to make him accountable for his actions and provide him with an opportunity to be a leader on anti-bullying and anti-racism efforts.

As part of an agreement with the St. Louis Blues (his former team), new Coyotes General Manager Bill Armstrong was not allowed to oversee this year’s draft, leaving the responsibilites in the hands of the rest of the department.

He released the following statement about the matter:

“I fully support our decision to renounce Mitchell Miller’s draft rights,” Armstrong said. “It was a unique situation for me not being able to participate in this year’s Draft and we were going through a transition with our scouting department. Mitchell is a good hockey player, but we need to do the right thing as an organization and not just as a hockey team. I’d like to apologize to Isaiah and the Meyer-Crothers family for everything they have dealt with the past few months. I wish them all the best in the future.”

Miller is currently still on the roster at the University of North Dakota preparing for the upcoming college hockey season.