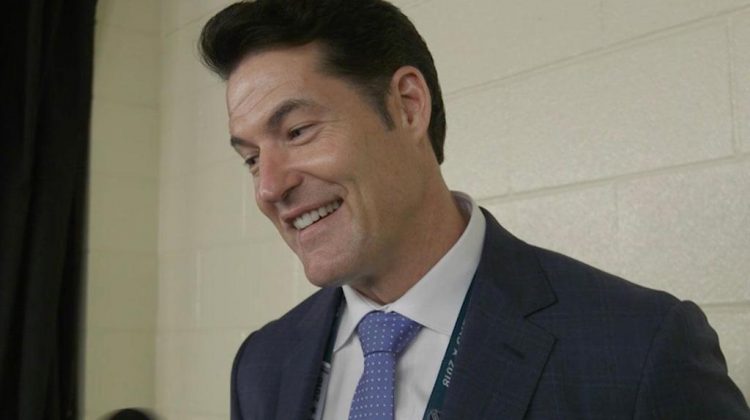 Armstrong’s name has surfaced over the last few weeks to fill the position along with fellow candidates Steve Sullivan and Sean Burke. Armstrong was with St. Louis since 2004, starting as an amateur scout and working his way up to assistant GM to work alongside Doug Armstrong (no relation).

“We are very excited to welcome Bill to the Coyotes as our new General Manager,” said Coyotes’ President & CEO Xavier Gutierrez in a release from the team. “We were extremely impressed with his experience, vast hockey knowledge, great ability to assess talent, and his tremendous draft record. Bill is a proven winner who has a strong work ethic and is a good communicator. He is a man of integrity and we are confident that he’s the right person to build a winning culture here and lead our hockey operations department into the future.”

Before his run with St. Louis, Armstrong had coaching experience with the American Hockey League’s Providence Bruins and the ECHL’s Trenton Titans.

He’ll take over for former Coyotes General Manager John Chayka, who parted ways with the organization in late July in an ugly break-up. The Coyotes do not have a first, second, or third round draft pick due to a violation of league rules in combine scouting, and they have a variety of veteran players with one year left on their contracts.

Furthermore, star forward Taylor Hall is a free agent and with the signing of backup goaltender Adin Hill, it’s plausible that either Antti Raanta or Darcy Kuemper will be moved via trade. Captain and defenseman Oliver Ekman-Larsson has been another name that has swirled in trade rumors.

It should be an interesting offseason, and Armstrong will now be in the thick of it all. The NHL Draft is being held virtually on Oct. 6-7, and free agency starts on Oct. 9.

“I am extremely grateful to Mr. Meruelo, Alex Meruelo Jr., and Xavier Gutierrez for this opportunity,” said Armstrong in the release. “We have great ownership that is committed to winning, a very good core group of young, talented players, and a passionate fan base. I’m excited about our future and the opportunity to build this team into a perennial playoff contender.”