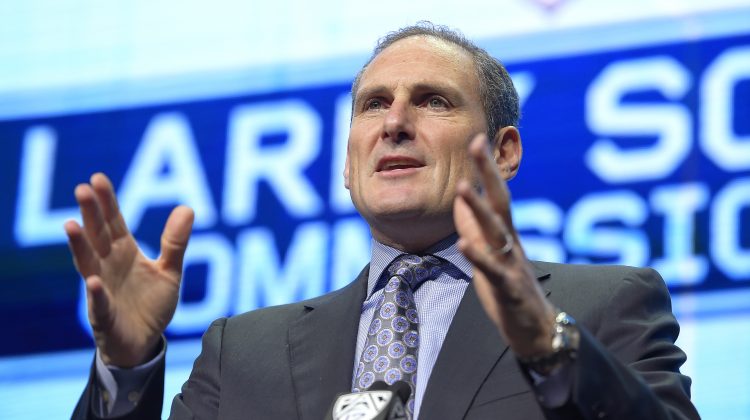 After a vote and collaboration from the Pac-12 CEO Group, it appears college football, basketball, and other winter athletics in the Pac-12 will be played over the coming months.

According to ESPN’s Kyle Bonagura and Heather Dinich, the first Pac-12 football games are set to take place on Nov. 6 and 7 in a seven-game, conference-only season. The Pac-12 Championship will be played on Dec. 18. There will be no fans allowed at games.

“The health and safety of our student-athletes and all those connected to Pac-12 sports remains our guiding light and number one priority,” said Pac-12 CEO Group Chair and University of Oregon President Michael Schill in a release from the conference. “Our CEO Group has taken a measured and thoughtful approach to today’s decision, including extensive consultation with stakeholders on the evolving information and data related to health and safety.”

The ACC and Big 12 are already a few weeks into their football seasons while the SEC kicks off this weekend. The Big Ten will begin play on Oct. 24, with the Pac-12 following suit two weeks later to round out the power-five conferences.

This announcement comes after the Pac-12’s move in August to postpone collegiate athletics through the fall season. However, since that time, the conference has been able to partner with the Quidel Corporation, allowing student-athletes to get daily, rapid-result COVID-19 testing.

“We made our decisions based off of the science and the experts in our group, and what we felt was right for the health and safety of our student-athletes,” said Oregon State Senior Associate AD Dr. Doug Aukerman, who is a part of the Pac-12 Student-Athlete Health and Well-Being Initiative.”We put that as the only guiding principle for us in terms of making recommendations.”

Another hurdle with the pandemic and returning to play has been each team getting approval from their local counties and health authorities to play. Those logistics are still being sorted out for schools such as Stanford and Colorado, where health officials in Santa Clara and Boulder counties have put restrictions on gatherings that extend to contact sports.

The lack of testing was the biggest concern going into the year, but the partnership with Quidel appears to have sped along the process. With a seven-game slate, the teams in the conference are eligible for the College Football Playoff, but it’s not yet clear what the chances are of a Pac-12 team making the CFP with a smaller sample size of games compared to other conferences.

Commissioner Larry Scott indicated that the playoff is going to remain as it is with a four-team format, which would seem that it’s even more difficult for a Pac-12 school to make the field with less games.

For example, what does the committee determine if a non power-five like UCF goes 10-0 and a Pac-12 contender like Oregon goes 7-0? It should be an interesting dilemma to see how all of it plays out, pending that schools get through a full season.

“Our schools are going to have an opportunity to be in the conversation and have every opportunity,” Scott said of Pac-12 schools getting a shot in the CFP. “We regularly discussed this with the CFP Managing Committee and I think we are all very humbily going into the season realizing there could be disruptions along the way…It’s going to be a challenge for the committee and they are going to have more subjectivity than they’ve ever had in terms of different schools with a different number of games, player availability, and other conditions to contend with.”

Arizona State Athletic Director Ray Anderson was also on the Zoom media call with Scott and a panel of Pac-12 officials, and he expressed his thoughts on the return to play.

“From the very beginning, our beacon was going to be the health and well-being of our student-athletes, including the mental health and safety,” Anderson said of the decision. “…The fact that we could stay align and collaborate and also communicate across the board, it kept us much more calm and confident that we would get to the right outcome. Today’s breakthrough is really great for our student-athletes, their parents, our fans, and it’s a real testament to the way this conference worked from the very beginning in regard to collaboration and communication and the health and safety of Pac-12 student-athletes…It was deliberate, it was thoughtful, and at times exhaustive, but that was necessary to do the right thing.”