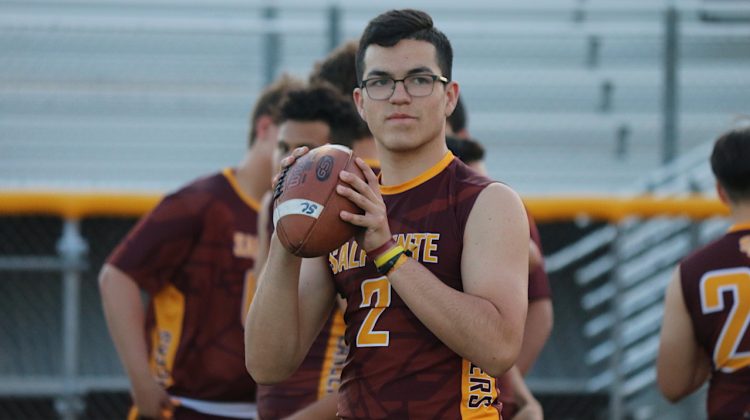 The Arizona Wildcats have made it a priority to keep quality Southern Arizona players in Tucson.

They have been able to do that in the 2021 class with Canyon del Oro running back Stevie Rocker Jr., and they’re now off to a good start with the class of 2022 with Salpointe Catholic quarterback Treyson Bourguet.

“For I know the plans I have for you,” declares the LORD, “plans to prosper you and not to harm you, plans to give you hope and a future.”
Let’s get this thing started!!#beardown 🐻⬇️ pic.twitter.com/EG7LxUhuud

As a sophomore, the quarterback took over signal-calling duties halfway through the season for the Lancers and threw for 805 yards, 13 touchdowns and four interceptions in seven games as Salpointe made it to the Open Division semifinal.

This does also make for a fun family rivalry as Treyson’s older brother, Trenton, is currently a redshirt freshman quarterback with Arizona State.