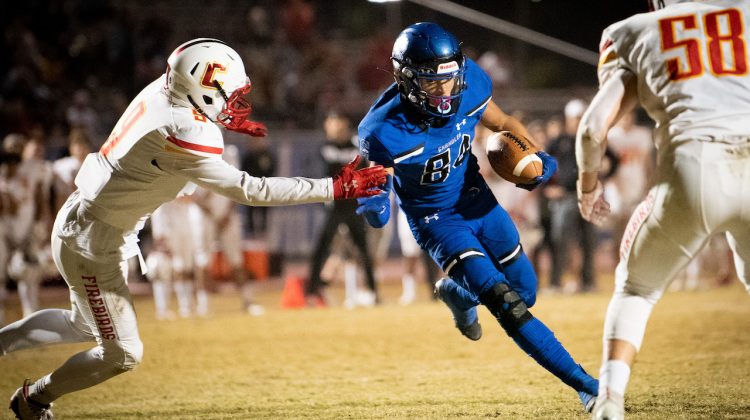 Chandler wide receiver Kyion Grayes is a part of a special 2022 class and has already made an impact at the varsity level for the Open Division champion Wolves.

Grayes led the team as a sophomore in receiving yards with 883 yards. He made 48 catches and found the end zone six times.

On Tuesday night, he made a commitment to the in-state Arizona Wildcats.

Jeremiah 29:11: “For I know the plans I have for you,” declares the LORD, “plans to prosper you and not to harm you, plans to give you hope and a future“. Let’s get it done #BearDown🐻⬇️ @CoachSumlin @TaylorMazzone1 @GarretsonRick @HIT4ATHLETES @NzoneFootball pic.twitter.com/a9nPMWjlG6

Grayes also gets it done in the classroom with a 3.8 GPA in his time at Chandler High School.

Grayes pairs up with 2021 Canyon del Oro running back Stevie Rocker as quite a hometown duo for the Wildcat offense to build around.