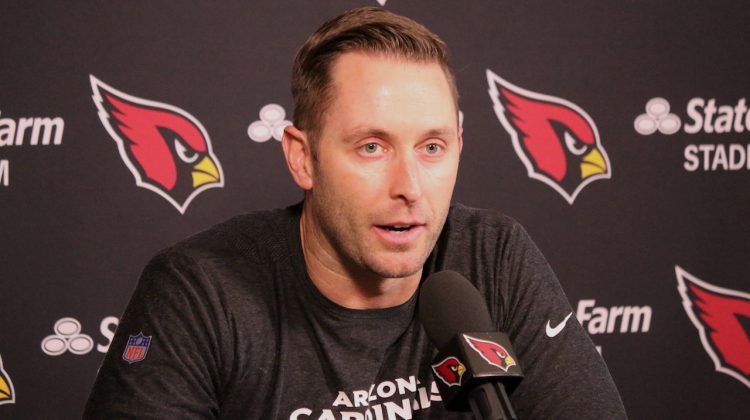 The Arizona Cardinals have “yet” to have a positive COVID-19 case. Some call it luck, some call it the “guys buying into being safe”, but Cardinals head coach Kliff Kingsbury knows it’s only a matter of time before there is a positive case,

The NFL and teams like the Cardinals are lucky in that they can see the dos and don’ts of other leagues like the NBA and MLB. The NBA bubbling their players has been successful and well,  Major League Baseball not so much. It was reported by NBC Sports Philadelphia that Miami Marlins players had “went out in Atlanta before the team’s COVID-19 outbreak.” The Marlins have downplayed the “going out” activities, but nonetheless, this outbreak has caused a title wave of game cancelations and postponements.  It begs the question of if the Marlins players were bought into the safety protocols or not? Well, that is something Kingsbury thinks is positive with his guys,

“The longer we go, the more it’s about doing your due diligence and doing what’s right as far as we know, protocol-wise and being where you should be and trying to avoid situations where you can put yourself at risk. We all have a great appreciation right now around this facility for being able to have a job and being able to be together and try to pull this thing off. We also understand this can be taken away quickly. I do feel like our players understand what their actions will accomplish, and the wrong actions can tear down. I like where our mindset is at. It’s going to take everybody the entire six or seven months… I do feel like our team understands that.”

While addressing the media today, he did mention there have not been any RedBirds to opt-out, and, that he hasn’t had any of those types of discussions “yet” but, “guys have to do what is in the best interest of their family, and we respect that.”

It’s not just in the NFL that players are opting out. There is a group of Pac-12 players threatening to opt-out of the season if their demands aren’t met. Their requirements range from safety protocols with COVID-19 to opportunities to address racial injustice to compensation. Kingsbury has been removed from the college football scene for a bit now but was still shocked to see it happen,

“I was surprised to see exactly the demands that were made. I think it goes to show the times we are in. That’s a new world for college football, and I’m very appreciative to be in the NFL. ”