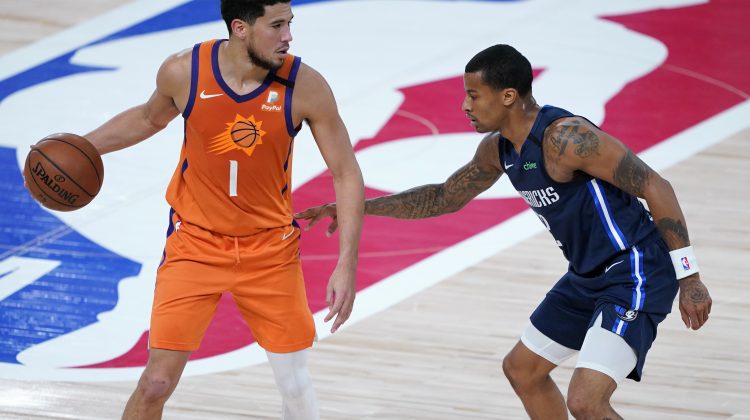 Thursday afternoon the Phoenix Suns finished the same way they started their five-week adventure in Orlando: with a win.

Monty Williams’ squad started fast and never looked back, pulling away from the Dallas Mavericks 128-102 to complete a perfect 8-0 run in The Bubble to close out their regular season…for now. If Brooklyn beats Portland Thursday night, the Suns would face the Memphis Grizzlies on Saturday afternoon in the play-in tournament with the eighth and final Western Conference playoff spot on the line. If they can get past the Griz, they’d force a second, win-or-go-home matchup against Memphis.

The second half was much like the first as Phoenix outscored Dallas (43-32) in all four quarters.

“We changed the narrative of how people think of us,” Devin Booker said in his post-game Zoom.

Book had a lot of these during the bubble@ConnsHomePlus #MakeItHappen Play of the Game! pic.twitter.com/YDlImRm8D4