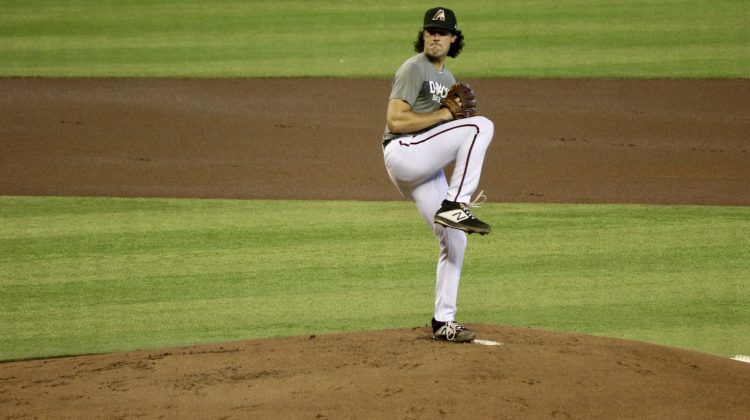 There’s been so much focus on getting baseball back for this year.

The safety protocols to keep everyone in the stadium safe, the heated, drawn-out negotiations between the league and players union, the change in mentality that comes with playing 60 regular season games instead of 162.

Most of these shifts could hopefully be left to 2020. This will be a strange season, but potentially one that is looked at as an extreme outlier.

But for some players it won’t be.

For players like Robbie Ray, they’ll have to juggle all the other stresses of this unique 2020 season knowing it could have a profound effect on their 2021 season, 2022 season, 2023 season and beyond.

As a player entering the final year of his contract, getting back to the field, even if he has concerns about the virus or ramping up too soon, is priority #1.

“Honestly, I need to pitch this year,” Ray said. “I feel good, I feel great. My body feels great, so as long as everything is fine to go, then yeah, I’m good to play.”

The pandemic didn’t spark this. This contract year has been on Ray’s radar all offseason and caused him to transform. The lefty cut out dairy after the 2019 season and dropped 15 pounds. His usually bearded face is now clean-shaven, his clean-cut hair now flows out from underneath his hat as if he’s preparing for a Jon Snow lookalike contest.

But this crucial year hasn’t just sparked a physical change in Ray, but a mental one as well. He’s laser-focused to perform, no matter how many starts he gets or games are played.

“My first interaction with him was in spring training with our one-on-ones, he said he could throw five innings that day he arrived in camp,” Diamondbacks manager Torey Lovullo said. “Much of the same, when I saw him arrive a few days before this camp 2.0 started, he said he was ready to start a baseball season.”

Based on the first few workouts of D-backs Summer Camp, it’s clear Ray didn’t spend time perfecting his sourdough recipe, but continuing that sprint pace to ramp up for a season, even if it was unclear when or if it would start.

“When we found out that everything shut down, I had the assumption that once everything got fired back up, it was going to be a quick go where you show up in three or four days and camp is in 30 days or less,” Ray said. “Being the year that it is, I didn’t want to be behind that ball and not be able to perform at my best day 1.”

The southpaw is looking to put a strong, yet smaller, exclamation point on this contract before hitting the open market after this season. He’s hoping to recapture the magic of his 2017 season, where he was a National League All-Star and finished the season striking out 218 batters in 162 innings pitched and posting a 2.89 ERA.

Since that career year, he’s seen his home runs and walks per nine innings grow. He hasn’t gone deep into ball games as consistently either.

I’m projecting the ⁦@Dbacks⁩ as an NL Wild Card team in 2020. ⁦@RobbieRay⁩ is one of the biggest reasons why. Here are a few more thoughts. ⁦@MLB⁩ ⁦@MLBNetwork⁩ pic.twitter.com/N8DwzE6r3w

It’s a lot to juggle.

Ray wants to show he still possesses that ace potential in a year when he’ll get roughly a third of the starts he usually does while trying to avoid injury – and illness – in a season that no one has experienced before.

His manager is well-aware of the added wrinkle for players like Ray, and Lovullo hopes to be the voice in his pitcher’s ear to remind him that in this unprecedented season, it’s still baseball.

“We’ll talk about simplifying it and keeping it granular, but I think empathizing with somebody, aligning with them in these critical situations and this particular situation is extremely difficult than what we faced,” Lovullo said. “I want to have that open ear and lend some encouraging words when I’m talking to those guys.”

The consistency has shown in Ray’s offseason work, in his frame and approach. Now we’ll see if that consistency shows through in his numbers.