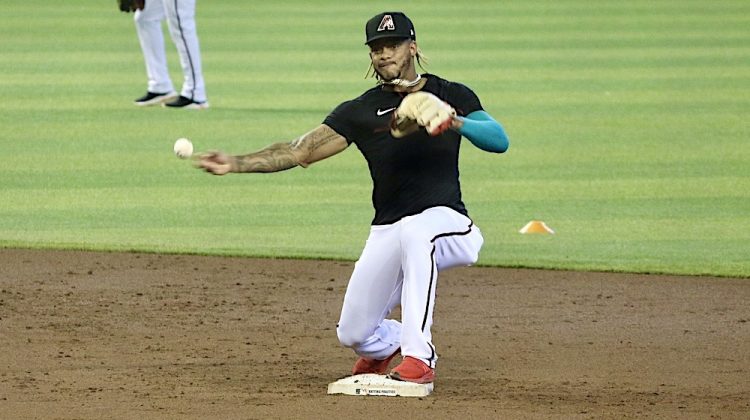 One of the biggest questions entering the 2019 season was how Ketel Marte could handle outfield duties.

The departure of A.J. Pollock and a season-ending injury to Steven Souza Jr. made utilizing Marte’s athleticism in space more of a necessity than luxury.

But Marte showed his defensive capabilities and took over his new position in stride. He was top-10 in defensive runs saved in center field and continued to split time at second base as well.

Oh. He also had a breakout year offensively while juggling multiple positions on his way to his first All-Star appearance.

In total, Marte started 89 games in center field, 45 games at second and five games at short. While he was happy to help one of Major League Baseball’s best defenses at multiple positions and wants to continue to impact the defense in multiple ways.

“I’m very open to playing all the positions my manager wants me to play,” Marte said through a translator. “I feel comfortable moving around as much as I can.”

But he feels that he might have been shortchanged in Gold Glove voting because he didn’t log enough time at any one position in 2019.

“I made two errors in about 150 putout chances last year. That’s one thing I want to go after this year and win a Gold Glove.”

David Peralta, the longest tenured Diamondback outfielder and Gold Glover himself, saw Marte perform early on in spring training prior to the 2019 season and only witnessed growth from the young playmaker throughout his first year in center field.

“He’s an athlete, he can play anywhere,” David Peralta said. “To be honest, I like him in the infield, but he did such great job for his first year in the outfield. So maybe he’s another option if we need an emergency outfield.”

Diamondbacks manager Torey Lovullo echoed that sentiment, saying Marte has the capabilities to dominate at multiple positions on the diamond.

The plan is for Marte to see the bulk of his time at second base this year thanks to the addition of Gold Glove center fielder Starling Marte this offseason. Even it is used sparingly this year, Ketel’s versatility could be especially valuable in a season where off-days will be at a premium. This approach could also mean Marte walks away with some postseason hardware.

“He’s going to get some reps in center field too, but you can see right now we have a really good team,” Lovullo said. “We’re full of really good players, I think he is going to get the major workload at second base so hopefully good things will happen at the end of the year.”

Marte answered those questions of if he could manage multiple positions at a high level. Now, the question is less of if he will when a Gold Glove, but moreso when and where he will.