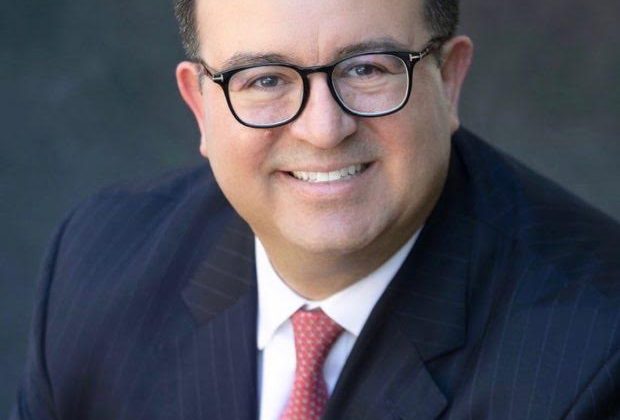 The Arizona Coyotes new president, CEO, and alternate governor is Xavier A Gutierrez, who is the first Latino president and CEO in NHL history.

Gutierrez will be replacing Ahron Cohen, who was let go by majority owner Alex Meruelo in early May. Cohen was brought on with the organization by former owner Andrew Barroway in July 2018, and he was not Meruelo’s hire.

He graduated with a Bachelor of Arts in government from Harvard, and then got his J.D. from Stanford. He also is a former employee of the Meruelo Group, and he described the Coyotes owner as a “mentor” for many years.

The Yotes’ owner, along with Gutierrez, both spoke with the media earlier this afternoon to discuss the hire while Meruelo was donning a, “I sure as sh** want to win,” t-shirt.

“I am very proud to name Xavier as the first Latino team President and CEO in NHL history,” said Meruelo in a statement from the Coyotes. “This is a historic day for the Coyotes and the entire NHL. I have known Xavier for over a decade, and he is a seasoned executive with over 20 years of business and investment experience. We share the same approach to business and his intellect, leadership skills and strategic mindset made him the clear choice to be our new CEO. He is a leader with tremendous vision and integrity, and I have the utmost confidence that he can help the Coyotes become a world class organization on and off the ice.”

Born in Guadalajara, Mexico, Gutierrez moved and grew up in San Jose, CA throughout his childhood. He attended his first hockey game as an undergraduate student at Harvard University. It was a matchup between Harvard and the Rensselaer Polytechnic Institute of Technology (RPI). From there is where he found his love for the sport.

As for why he was looking to work in hockey from a business perspective, he elaborated on his desire to work with his mentor. Although both businessmen might not have envisioned running an NHL franchise one day, they both had thoughts of eventually working in sports many years ago.

“There’s so many things that made this the right opportunity for me, and it first starts with Alex Meruelo,” Gutierrez said. “It’s the opportunity to work with someone I admire and respect so much and who I know so well…Second, I am incredibly passionate about sports and this opportunity to be here with an incredible fan base.”

Among other topics that were discussed on the call with Meruelo and Gutierrez, the Coyotes owner addressed a lingering topic that has been stirring for many years, which is the organization’s arena situation in Glendale.

According to Meruelo, the franchise was looking at either staying in the west valley or exploring more viable options in the east valley.

They were hearing both sides, and he noted that his hope is to have a final resolution by the end of 2020, but the Coronavirus pandemic has made the task that much more difficult. One thing he did make clear was that the franchise has all intentions on staying in Arizona regardless.

“We had a lot of forward progress moving on with what we wanted to do with the team and where we were going but this kind of set us back,” Meruelo said of the long-term arena situation. “My goal is to have something done by the end of the year. I believe if it hadn’t been for this situation, we’d be a lot further along in this process.”

Ultimately, both Latino men will look to build the Coyotes organization and try to increase fan attendance and ticket sales in the coming years. Gutierrez is a trailblazer by becoming the first Latino president, and he’s embracing the challenges that lie ahead.

“For me, it’s not just about me…It’s about a lot of people and folks who have opened doors and the shoulders we are standing on,” Gutierrez said. “But it’s also about those behind us and those who will come after us. There’s a young child right now, whether it be Latino or not, that may have it in his mind that some day, I could run a sports franchise…When individuals like Mr. Meruelo are there, they see themselves in that individual. I am looking forward to it and I embrace it.”