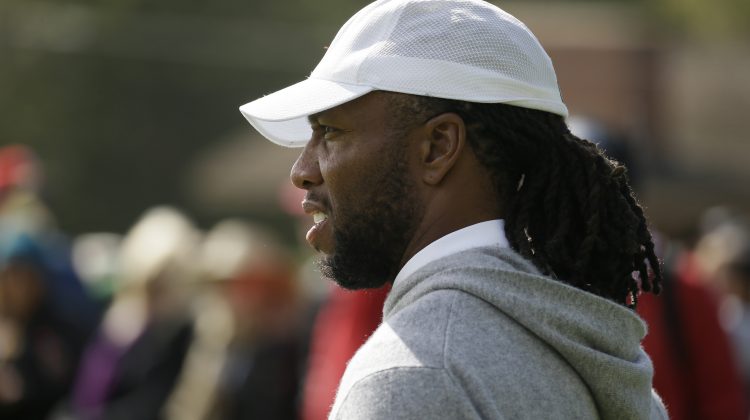 Cardinals wide receiver Larry Fitzgerald did not want to rush his response to the death of George Floyd and the protests that have followed across the world calling for an end to systemic racism. The Minneapolis native penned an essay in the New York Times that was published nearly two weeks after Floyd’s death.

In those two weeks, Fitzgerald meticulously formed the words and thoughts in that essay to appropriately capture the grief and feelings the wide receiver had to process.

Why did he wait?

Fitzgerald returned to Minneapolis and talked to city officials, participated in protests and got “a pulse” of what the city was experiencing.

“Where (Floyd) was killed was like less than a mile from where I spent the vast majority of my childhood,” Fitzgerald said. “I wanted to emotionally engage in what was transpiring.”

Fitzgerald took his time in these conversations, kept notes “from every single interaction (he) had” and reflected on those findings and feelings. The wide receiver said multiple networks and publications had asked for his thoughts on Floyd’s death and the protests that had followed, but Fitzgerald wanted the message coming from him to be in his own words.

“I wanted to gather that, internalize it and see how I felt about it and be able to write my true feelings so my words couldn’t be misused to go to some agenda pushing this or pushing that.”

The well traveled wide receiver said he’s visited 107 countries, and with those travels have come perspective and education.

While he believes his words — or the words of athletes, singers or entertainers, for that matter — should not carry any weight to that of local and federal politicians, Fitzgerald knows his words and lessons are crucial as a father. He’s had multiple conversations with his 12-year-old son, Devin, about race and the current issues of the world.

“He’s curious about this and curious about that, and I try to take the honest approach,” Fitzgerald said. “I never sugarcoat or downplay anything. I tell him exactly what I see, how I perceive it and I let him try to digest it how he wants to. He’s equipped at a young age to see things for what they are, but also that things can be different and need to be different will help him in the conversations he has with his friends.”

Devin has already taken the proactive approach, asking his father if the pair could peacefully protest, which they did while in Minneapolis.

Racism will not go away tomorrow, but Fitzgerald has seen change happen within the NFL, within the country and within the world over a matter of weeks. He’s optimistic that this change is just the beginning.

“One day, I pray that we’ll be able to look at the color of a person’s skin no differently than the shirt that you’re wearing or the shoe color that you have or the color of your eyes or your hair. When we get to that point, the world will be a much better place. But until then, it’s going to take some time. It’s going to take some understanding. It’s going to take a lot of education and people opening their hearts to things they didn’t think was possible in the past. But the way I think things are going now, I think it’s a lot more feasible than it was in any other time in history.”