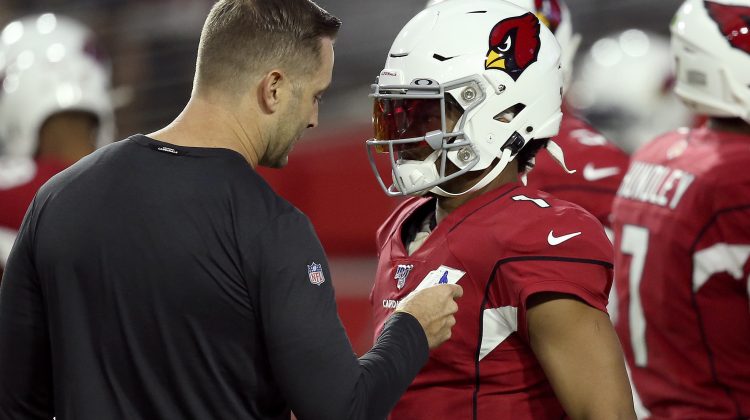 We knew the teams on the Arizona Cardinals 2020 schedule, now we know the dates to match after Thursday night’s NFL schedule release.

Arizona has two nationally televised games, Week 6 on “Monday Night Football in Dallas and Week 11 in Seattle against the NFC West foe Seahawks. They play their first four games against the NFC before a trip to New York to take on the Jets on October 11th.

The bye falls conveniently on November 1st, at the midway point of the season. They also have a nice three-game, four-week stretch at home from October 25th against the Seahawks, bye week, Miami Dolphins and Buffalo Bills.

The Cards are coming off a 5-10-1 2019 in Kliff Kingsbury’s first season as head coach but optimism is high after the club acquired Pro Bowl wide receiver Deandre Hopkins in a spring trade with the Texans. Hopkins joins a promising young nucleus with second-year quarterback Kyler Murray and a host of other offensive play makers.

Many believe general manager Steve Keim shored up a leaky defense by drafting a host of intriguing prospects, most notably first-round pick Isaiah Simmons – a hybrid linebacker from Clemson.