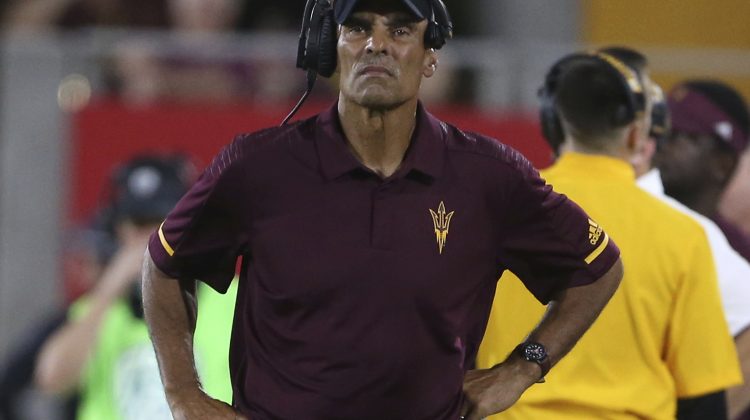 So many questions, so few answers.

It’s been that way for college football fans for the past few months.

But how about the coaches?

The simple decision of when to play, how to play, where you can play is something every coach would like to know, but none can determine.

How, then, does a coach, any coach, continue to run a football program without access to student-athletes, without a schedule, without a plan?

And how do these coaches keep their student-athletes motivated?

As with so many challenges, each of the three coaches drew on their experiences on the gridiron as a template for the situation they and their programs are in now.

“As coaches, we live in a world where the unexpected is always about to happen,” Edwards says. “It’s like a football game – once the players take the field, you have no control,”

The same goes for trying to plan in the midst of utter uncertainty.

“You’re always one play away from throwing out your game plan.”

Smith, who completed his second year at his alma mater last season narrowly missing out on bowl eligibility, also notes the challenges aren’t limited to coaches and staff. Among the things being done to keep the team engaged virtually, Smith organized a Madden Tournament.

“Our student-athletes miss each other,” Smith says. “we’re trying to find ways to keep them engaged with one another, while also maintaining a priority on their safety.”

As far as looking ahead is concerned, Kelly says until further notice, his staff is planning for a season. In the fall.

Yet, that planning can’t include, at least for now, conditioning at the school’s facilities. As usual, Edwards sees opportunity in the obstacles.

“This is a time for all of us to reflect on ourselves and our lives,” Edwards says. “Players live by a schedule. Right now, they have no schedule.

“So, what does their schedule look like? Does that schedule allow you to become a better version of yourself?”

So, how long would it take for teams to get ready for whatever form of a season will be staged?

“Six weeks is the least amount of time,” Edwards says. “We know our players are in condition, but they’re not in football shape. The one thing you don’t want to do is put your players in a position where they would get hurt.”

And with Edwards, the teaching never stops.

“We’ve had more time with players now in the classroom (virtually) than probably we would have,” Edwards says, adding former players are working online with current players, offering advice on game situations.”

The one thought all coaches are keeping in mind – this current situation will end.

“Players know that, as Coach Kelly said, this is going to come to an end,” Edwards says. “We don’t know what that date is, but you’d better be ready”.