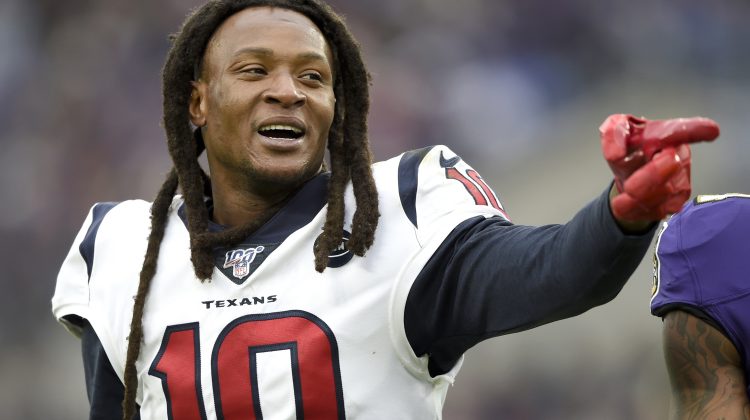 In the business of sports, Deandre Hopkins next contract will be an interesting one. When the Cardinals traded for the star wide receiver in March no one new that the NFL may be forced to play games in near empty stadiums. No one could have predicted that the revenue streams from fans (ticket, merchandise sales, concessions, parking, etc) could potentially take a significant hit in 2020.

The NFL salary cap is a moving target that’s tied directly to the yearly revenue in the League. The cap went up in March  by $10-million to $198.2 million dollars for the coming season because of the success of 2019. Why this pertains to Hopkins is pretty simple. The Cardinals, like the rest of the NFL, have no idea what the landscape will look like in terms of the cap for 2021 because of the virus. I would imagine  trying to work on a new contract for Hopkins would be nearly impossible right now.

In a normal year, projections for the business side would be in full swing. General Manager Steve Keim would have a pretty good idea of the number he would have to work with in putting together a roster for the following season. According to Overthecap.com, Hopkins is the 8th highest paid wide out in the League. In my view, he’s underpaid at the position, but that’s just me gladly spending the Cardinals money.

What if the worst case scenario happens this fall and the cap should go down in 2021? What would happen to the makeup of rosters?

As the Cardinals start to finally come out of the dark days and look like a team that could challenge for a playoff berth for the first time since 2015, the coronavirus could have other plans…