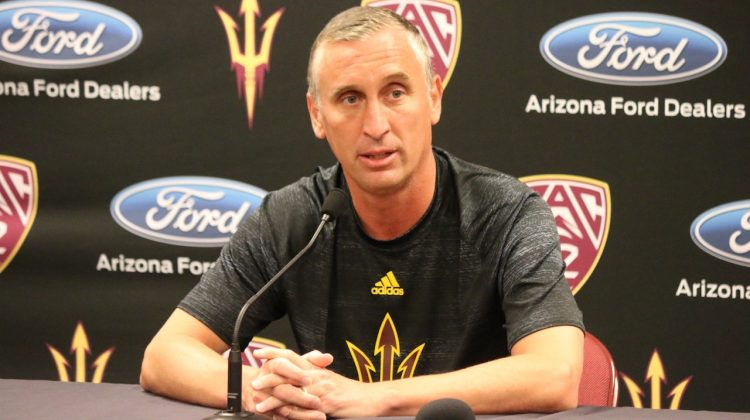 During the availability, coach Hurley reflected on the end of ASU’s season, which was cut short during the Pac-12 tournament after the postseason was canceled.

Most of the questions directed at Hurley were regarding the departure(s) of his arguably two best players, Remy Martin and Romello White. Both players announced their intentions to test the NBA Draft’s waters via Twitter.

“Just statistically what they’ve (Martin and White) done,” Hurley said. “Each guy, put themselves in a position where they earned the right to, I think go out and take a look at the possibility of turning pro, and get feedback from NBA teams.”

I support Remy 💯 as he pursues his dreams! pic.twitter.com/jso9QtaXrA

Martin, Arizona State’s starting point guard, was in the running for earning the Pac-12’s player of the year honor, but ultimately fell short. Martin averaged 19.1 points per game, along with 4.1 assists and 1.5 steals per game.

White, the Sun Devils’ big man who exploded with his play last year all throughout the regular season, averaged 10.2 points per game, 8.8 rebounds per game and 1.2 blocks per game.

Coach Hurley was very supportive of both players testing the NBA Draft process, voicing his support on Twitter as well.

Throughout media availability, Hurley reiterated the high-praise of Martin and White, stating: “They are the byproduct of success.”