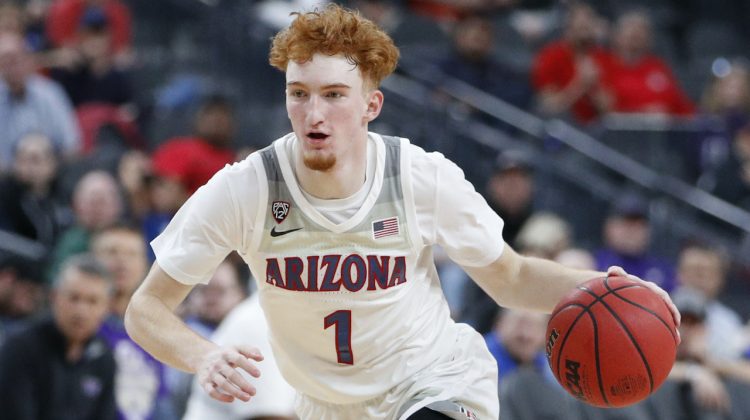 Nicco Mannion left Pinnacle High School as arguably the best high school basketball player in Arizona history and needed just one year as an Arizona Wildcat to be a presumed lottery pick in the NBA draft.

Not bad for a guy who technically should be graduating high school right now.

On Tuesday, the Arizona guard declared for the NBA Draft.

time to chase a dream.. pic.twitter.com/ff9HksJ8Up

In his one season in Tucson, he averaged 14 points, 5.3 assists and 2.5 rebounds per game. As a prep star at Pinnacle High School, Mannion led the Pioneers to two state titles.

After reclassifying to get to college and presumably the NBA quicker, he averaged 30.4 points, 6.2 rebounds and 6.2 assists per game in his “senior” season.

The Siena, Italy native played for the Italian national team at the U16 European Championship in his prep days as well.

Nico Mannion finished his lone season at Arizona with 169 assists, which is third-most by a freshman in program history.

Mannion’s basketball IQ, deep range and passing creativity should make for a seamless transition to the modern NBA game, despite some concerns about his defensive projection due to his narrow frame. He has good size for a point guard and likely will continue to add bulk since he just turned 19 three weeks ago.

Mannion joins Pac-12 Freshman of the Year Zeke Nnaji as Wildcats who have declared for this year’s draft. Wildcat Guard Josh Green is also projected to be a first round selection but has yet to say publicly whether he will test the NBA waters.