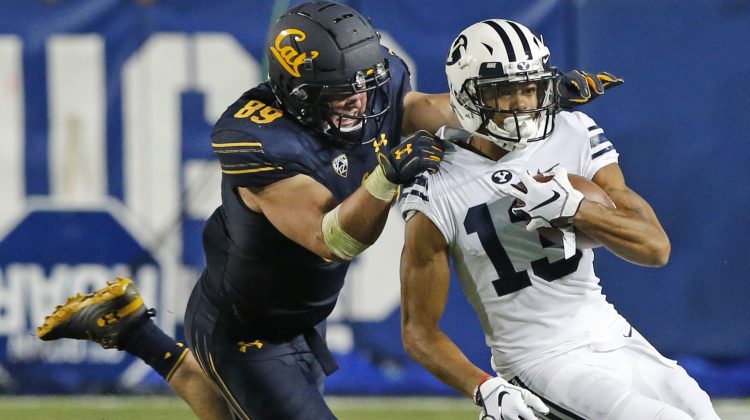 In Weaver the Cards add an overachieving tackling machine with a knack for finding the football.

Most defensive stops since 2018:

The 6-foot-2, 238-pound Spokane, Washington native has a tremendous feel for the game, including in certain passing situations but is limited athletically and lacks agility when attempting to maneuver in traffic. He does have the ability to shed blockers in the middle of the action.

“I think I bring a hyper-competitive [spirit],” Weaver said. “I’m a guy who’s willing to put in the work…people have been overlooking me my whole life coming from a small town in Washington.”

An Associated Press All-American and All-Pac-12 First-Team member last fall for the Golden Bears, Weaver tallied a ridiculous 183 tackles (103) which led the nation. Ten of those stops were for loss and he also registered 2.5 sacks.

“I’m super excited to hopefully prove myself one more time,” he said.