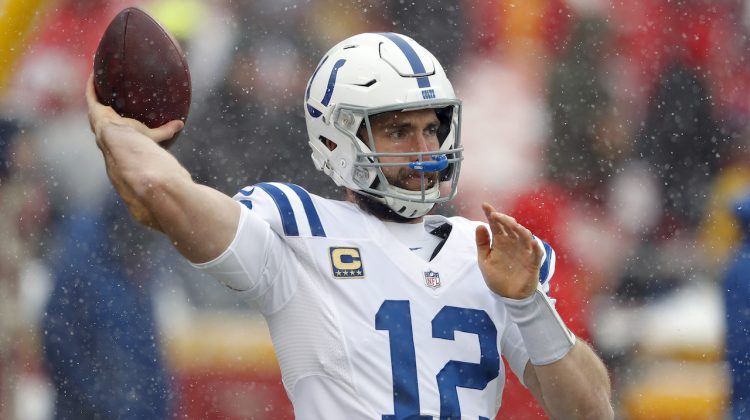 It applies to just about everything, but especially when it comes to a franchise quarterback.

We’ve seen what Kyler Murray can do in his short NFL career. The Offensive Rookie of the Year has all the ingredients to develop into one of the most feared players in the league. The accuracy, the composure, the big-play capabilities and the wheels can make him a 5-foot-11 wrecking ball for opposing defenses.

The best quarterbacks typically are paired with pretty darn good offensive lines. The Bird Gang offensive line has been below average over recent years, but showed improvement throughout the 2019 season. However, seeing real growth from Kyler Murray could come from hitting on early draft picks to protect him.

He will already have another year of experience as a starter and a top-five wide receiver in DeAndre Hopkins. He’ll also have his left tackle blocking his blind side for years to come in D.J. Humphries, but they shouldn’t miss the opportunity to make significant improvements to the group in next month’s draft.

Kyler Murray with his 4th rushing TD of the season. pic.twitter.com/g2PAAsLvsN

The Cardinals have an opportunity to properly insulate Murray with protection over years to come and have a cautionary tale to look to: Andrew Luck and the Indianapolis Colts.

Both quarterbacks were No. 1 overall picks. Both showed incredible promise coming into their organizations. Yet, Luck retired after sevens seasons because of an “unceasing” cycle of what he called injury, pain and rehab.

“It’s taken the joy of this game away,” Luck said the night he retired.

The majority of Luck’s career was behind a below-average-to-awful offensive line.

From 2012-17, the Colts only twice used first- or second-round picks on offensive linemen: Center Ryan Kelley in 2016, who became the team’s starter, and Jack Mewhort, who was out of the league in four years. In 2015 specifically, The Colts used a first-round pick on Phillip Dorsett with playmakers like T.Y. Hilton, Donte Moncrief and Coby Fleener while on the roster, passing up the likes of tackle Donovan Smith and guard Mitch Morse.

While Luck was always willing to congratulate the “big boys” on delivering a hit on him, that high praise came too frequently from him. It wasn’t until 2018 when the Colts really used high draft picks on Quenton Nelson (6th overall) and Braden Smith (38th overall) to properly protect him.

Never forget that Andrew Luck would really congratulate someone after they hit him.pic.twitter.com/0UWQBtVf6c

Additionally, the Colts signed Mark Glowinski to pair with Kelly and Colts staple Anthony Castonzo. Luck was better protected, the Colts won games and had an incredibly quick turnaround into AFC contenders.

But those improvements seemed to be too late for Luck. The years went on with average (at best) protection and the injuries piled up. It’s like putting a screen protector on your phone after dropping it on the pavement for the sixth time.

Now, Jacoby Brissett and Phillip Rivers will enjoy the protection Luck deserved earlier in his career.

In 2019, Castonzo, Kelly, Nelson and Smith all were top-15 at their respective positions, according to Pro Football Focus.

Yes, injuries and football go hand-in-hand and players still get hurt behind the most elite offensive linemen, but the Cardinals should not waste time surrounding Murray with secret service-level protection.

Humphries and Justin Pugh are slated to be here for multiple years and Mason Cole has showed improvement at center, as did Justin Murray at tackle. But the Cardinals should use the No. 8 pick to add an elite tackle to this line and bookend the protection for their young quarterback, or potentially trade back a few spots, add some picks and still target the line.

Injuries don’t just happen to quarterbacks in football, and line depth is a necessity in today’s NFL.

Kyler Murray has set an NFL rookie record for consecutive pass attempts without an interception (177). pic.twitter.com/wIG74NHuKA

Murray was sacked a league-leading 48 times last regular season. While he can reduce those numbers on his end – he was faulted for 23 of those sacks according to Pro Football Focus – the line can improve to protect Murray and create holes for him and Kenyan Drake on the ground. According to PFF, Arizona’s run-blocking grade ranked an unimpressive 28th in the league last year.

While the Colts created a blueprint to quickly turn around the offensive line in a span of a year or two, the urgency to get there was lacking. It may have caused an early exit for the franchise quarterback. The Cardinals have been aggressive all offseason reshaping the roster. They need to keep that mentality, learn from the mistakes of the Colts, and continue to protect their team’s most valuable asset.