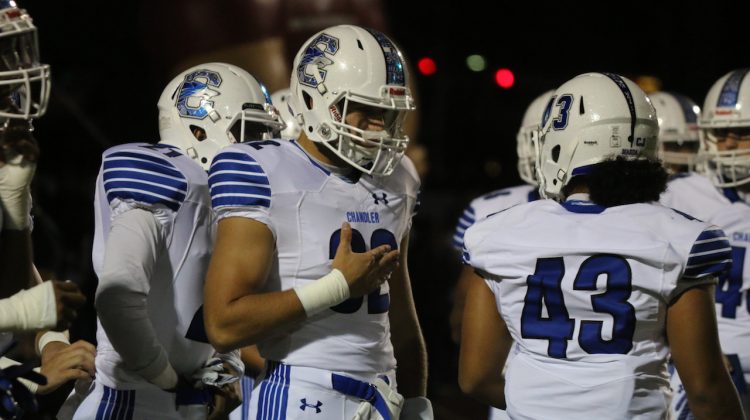 Another recruiting class, another star Romney committing to BYU.

On Tuesday, Chandler linebacker Tate Romney announced he will sign with the Cougars on Wednesday.

I’m very excited to announce that I will be signing with BYU! Thank you to all the coaches who have recruited me and to everyone who has supported me! I will join my brothers at BYU after serving a two year mission for the Church of Jesus Christ of Latter Day Saints. #GoCougs pic.twitter.com/HAm66d3fML

His brothers Baylor and Gunner are both currently on the roster. Baylor played his high school ball in Texas before the family moved to Arizona. Once in The Valley, Gunner went to Chandler High School and was a three-year starter for the Wolves, accumulating 3,629 yards and 36 touchdowns.

Tate, a 6’2″, 200-pound linebacker kept those strong family performances going in Shaun Aguano’s and Rick Garretson’s defenses. In three years, Tate notched 272 tackles, 34 tackles for loss, 15 sacks and 15 passes defended. He helped lead a fierce Wolves defense that allowed 14.6 points per contest on their way to an Open Division Championship.

He will serve a two-year LDS mission before heading to Provo. He is unsure if he will be able to play with his older brothers after serving the mission but hopes to share the field with them again.