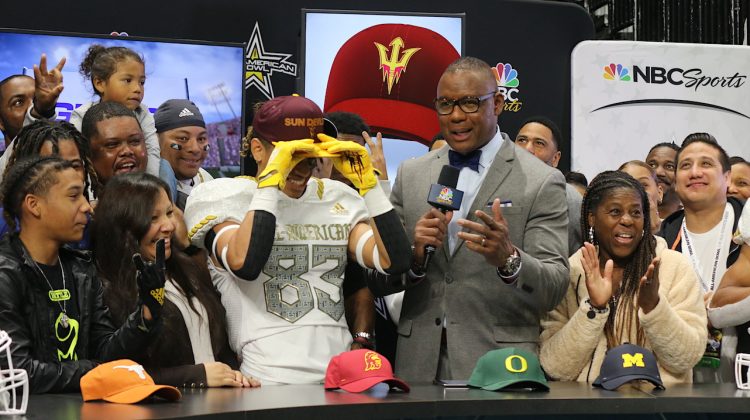 Herm Edwards, Antonio Pierce and Al Luginbill were happy to discuss the class of 2020 that had signed with the Sun Devils on December 18th.

While they went in-depth on a group that included wide receiver Johnny Wilson and linebacker Jordan Banks, they had a group they couldn’t discuss publicly.

Wide receivers Elijhah Badger and LV Bunkley-Shelton and running back Daniyel Ngata had put pen to paper and signed on the dotted line with ASU, but they had agreed to make their commitments public at the All-American games they were participating in in early January.

Bringin in three All-Americans in as many days has sent a message to the college football world: ASU wants Jayden Daniels to have no shortage of options when he takes the field in his second year as the Sun Devil quarterback.

“Look, in the Pac-12 and in the country, you have to score points,” ASU recruiting coordinator and associate head coach Antonio Pierce said. “We need to be up in those mid-30s to high-40s. We feel we have a quarterback that can do it.”

Bunkley-Shelton and Badger publicly join a group of pass-catchers that already included Johnny Wilson and Chad Johnson Jr., making it four four-star receivers in this Sun Devil class. Badger is coming off a career at Folsom High School where he caught 183 passes for 3,398 yards and 52 touchdowns where he played multiple positions.

“We had on our board as one of the higher wide receivers, honestly can play anywhere on the field,” Pierce said. “He could play defensive back if he chose to. He could be a kick returner, punt returner, just a dynamic guy.”

Pierce said he’s known Bunkley-Shelton since prior to the wide receiver’s high school days. In fact, the coach hoped the versatile playmaker would join Long Beach Poly when Pierce was head coach of the Jackrabbit program.

“Feels like I’ve been recruiting him for eight years now,” Pierce joked. “He finally jumped on board. He comes a long history at a school (that produced) with Robert Woods, Adoree Jackson and Merlin Robertson.”

Ngata, a high school teammate of Badger, also made his commitment public at the Under Armour All-America Game. Stylistically, Pierce sees a lot of Eno Benjamin in his new running back, who is rated the #2 all-purpose back in the 2020 class according to 247Sports.

“Adding a running back in that class that is similar as far as style when you watch him play, makes guys miss, hard to tackle, elusive speed and obviously he’s a national recruit, so that was a big get for us.”

Ngata will also pair with fellow freshman running back DeaMontre Trayanum in the ASU backfield for the coming years. While Ngata’s lightning provides and elusiveness to the backfield, Trayanum, who Pierce said weighed in at 228 pounds in Tempe recently, will bring the thunder as a heavy hitter between the tackles.

“Call it whatever you want it,” Pierce said. “Those two dynamic, young backs who are in spring and on campus now, going through workouts, in school, in the classroom learning, studying, so it’s going to make this competition really intense. It’s what we built the program off of.”

Bringing in this level of playmaker provides a massive boost to the program. Having those commitments revealed in front of a national audience, something consistently reserved for the nation’s premier college football programs, is icing on the cake.

“We can recruit with the elite programs across the country and obviously you have to win on the field, and that’s what we plan on doing the next few years.”

With much of the 2020 class already signed, Pierce and the rest of the ASU coaching staff now set their sights on some of their remaining targets and revisting players who were predicted to sign early elsewhere but are still availble. He likened the next few weeks to the NFL draft and who is still on the “best player available” list.

“Keep our head down, we don’t really worry about the other schools in our conference. We worry about building our team to win the Pac-12 South.”

Over the next 10 days or so, the Sun Devils are hoping to put an exclamation point on a class that has brought in unprecedented talent to the skill position groups. 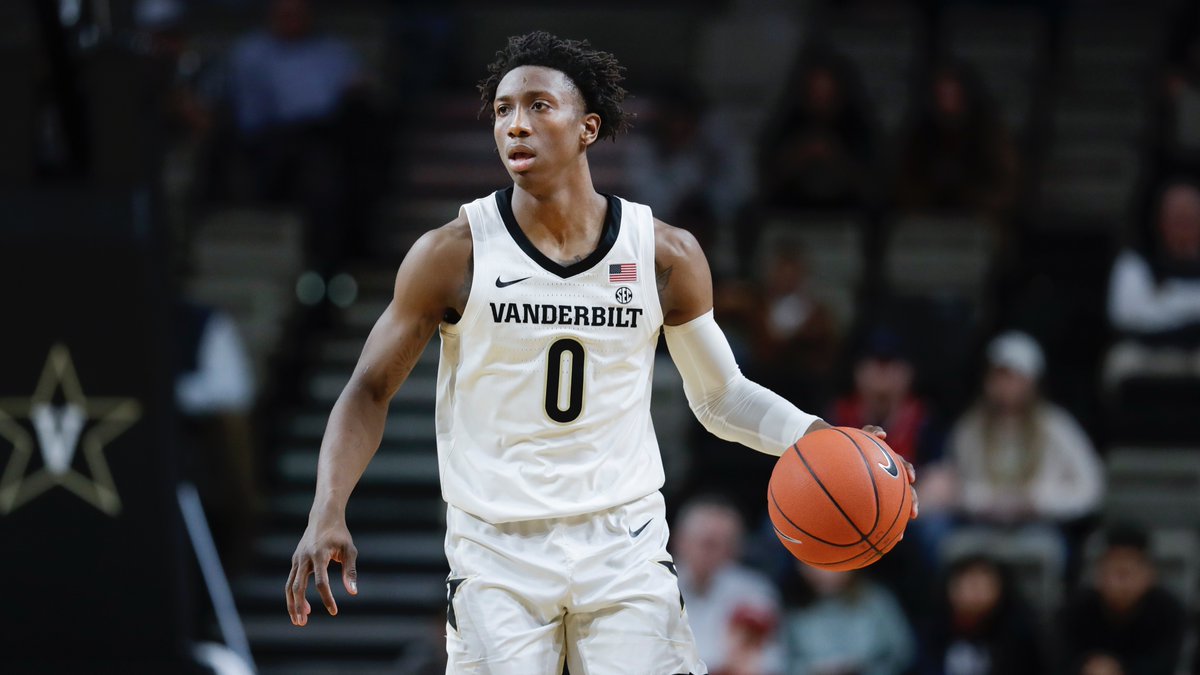