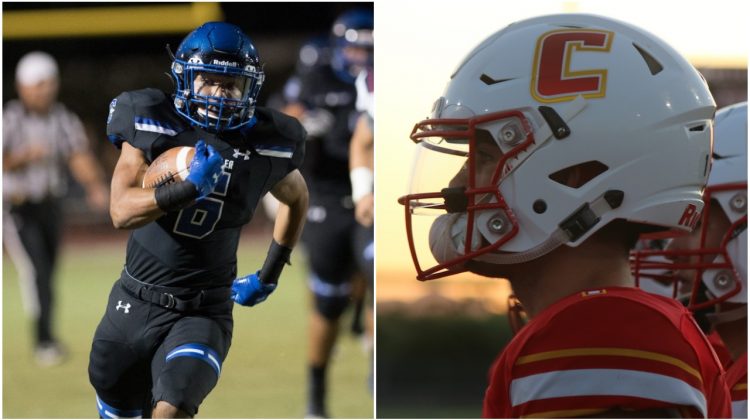 The Open Division is upon us.

There was so much talk about how it would work and the teams that would make the cut.

Now, the field is set and we are on the brink of seeing who the best high school football team is in Arizona.

Sports360AZ was able to catch up with each Open 8 team to look at their opening round matchup and how they can make a run to the championship.

First up, the top-seeded Chandler Wolves against #8 Chaparral.

Chandler has been one of the most dominating teams in recent history. They’ve outscored opponents 531-125 and have rushed for 2,961 yards in 10 games this year. They are coming off their toughest game of the year, where they escaped with a 42-38 victory against fellow Open Division team and rival Hamilton Huskies.

Linebackers Malik Reed and Tate Romney, who are featured on this week’s Recruiting Roundup, and head coach Rick Garretson swung by Venezia’s Pizzeria on Cooper and Ray to talk about the Wolves’ defensive domination and how they are using their win over Hamilton to focus on the details.

The Firebirds’ Open Division berth came down to the last play of the regular season when Jack Miller threw a walkoff touchdown to beat Liberty. The following day, Chaparral leapfrogged multiple teams to earn the right to play in the Open Division.

The Firebirds have two losses on the year, both to Open Division teams in Hamilton and Saguaro. They also have a win against Pinnacle and played one of the toughest schedules in the state.

Head coach Brent Barnes and quarterback Jack Miller met up with the Sports360AZ crew to meet up on the Venezia’s patio to talk about their wild ride to the Open Division and how they hope to upset the top-seeded Wolves.

The Wolves and Firebirds kick off at Chandler High School at 7 p.m. on Friday.