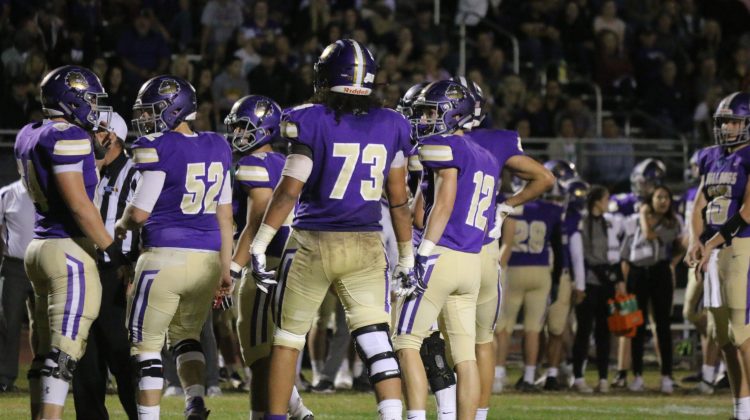 The playoffs are here, and I was in the Southeast Valley to check out a few guys who have seen their recruitments pick up lately. I started the night at American Leadership Academy Queen Creek before heading over to Queen Creek and take in the second half of the Bulldogs and Boulder Creek.

The sophomore running back holds offers from BYU and ASU – he was a part of the group of incoming 2022 recruits who were offered by the Sun Devils – and shows a patience in his running. There were times he was buying time for his blocks to get set up and wasn’t just going full steam ahead. I was impressed with his size and control in my first time seeing him play with the pads on in-person. He can run between the tackles but is capable to bust a long run on any carry.

The Bulldogs have a very talented team, that’s nothing new for the program who consistently notches double-digit wins throughout the years, but this group of juniors that is currently on the roster could be a special group.

Four players from that class have Power 5 offers already, and they were all over the field in their win over Boulder Creek Friday night. Hunter Barth made plays as a wide receiver and safety. After his first offer came from USC, multiple Power 5 programs have offered. Isaia Glass, who recently received a Washington State offer, was an anchor for the offensive line. Trey Reynolds, who has received the most recruiting attention, played linebacker, running back and tight end Friday. You could see he was a playmaker last year, but it felt like the public address announcer was calling his name 40 times in the second half. He’s taking those steps as a top prospect in the state. By the time I got to this game, Krew Jackson was out of the game with an injury, but you can see his size and length right off the bat.

And of course we can’t forget 2022 quarterback Devin Brown, who continues to grow as the starting signal-caller. He had to sit out the first half of the year due to transfer but told me the offense and his play overall is slowing down and he can feel a difference when he goes under center now as opposed to his first few games. He holds a Wisconsin offer and has already been on-campus a few times. He said he likes how the Badger coaching staff has been around the program for years and multiple former players are now coaches there. Kind of like at Queen Creek….

I wouldn’t be surprised to see more offers coming to the Bulldogs. Multiple college coaches were on the sideline on Friday.