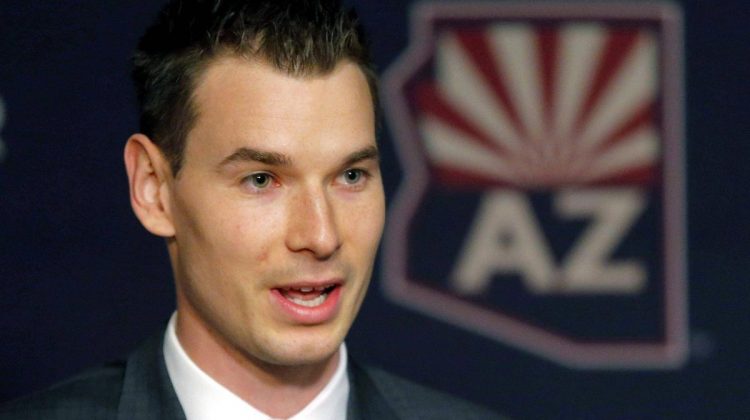 The news was first reported by Craig Morgan of The Athletic. Chayka became GM of the Coyotes in May 2016, becoming the youngest GM in North American major sports. Since that time, he has made huge changes throughout the Coyotes roster, and it has led the team to a promising start at 9-6 so far this season.

“John’s intellect, grit, entrepreneurial spirit and creativity are world class,” said Coyotes President and CEO Ahron Cohen. “I know we have the right person at the helm to bring great days ahead here in Arizona for our Coyotes family.”

Per team source, the Coyotes have reached an agreement on a long-term extension for president of hockey operations/GM John Chayka.

One of Chayka’s more notable recent moves was the signing of Phil Kessel this offseason. He acquired the two-time Stanley Cup Champion and prolific goal-scorer in exchange for Alex Galchenyuk and 2017 first-round selection Pierre-Olivier Joseph.

Among others, he has constructed some of this year’s top talent by giving extensions to forward Clayton Keller, defenseman Jakob Chychrun, forward Christian Dvorak, and forward Nick Schmaltz. Schmaltz leads this year’s team in points with 15 after coming off an injury last year.

As for departures, Chayka also made moves when he acquired Schmaltz for 2015 third overall pick Dylan Strome and 2014 12th overall pick Brendan Perlini. Both Perlini and Strome were not drafted by Chayka.

This past May, Chayka also drafted Swedish defenseman Victor Soderstrom in the first round. Prior to that, he drafted Barrett Hayton, who made his NHL debut this season and made this year’s roster to begin the season.

“We are extremely pleased to sign John to a long-term contract extension. John is one of the brightest and hardest-working general managers in the entire NHL and over the past four seasons,” said owner Alex Meruelo in a statement. “He has done an excellent job of rebuilding our franchise and transforming the Coyotes into a contender. I am fully confident that John is the right person to lead us moving forward and help us bring the Stanley Cup to Arizona.”

Chayka has made a lot of changes to put the Coyotes in a position to be successful for years to come. It’s still early, but the progress of the team right now looks promising. The Coyotes are 9-6-2 with 20 points in the Pacific Division, though, they are currently on a three-game losing streak and will look to snap that tonight against the Washington Capitals.