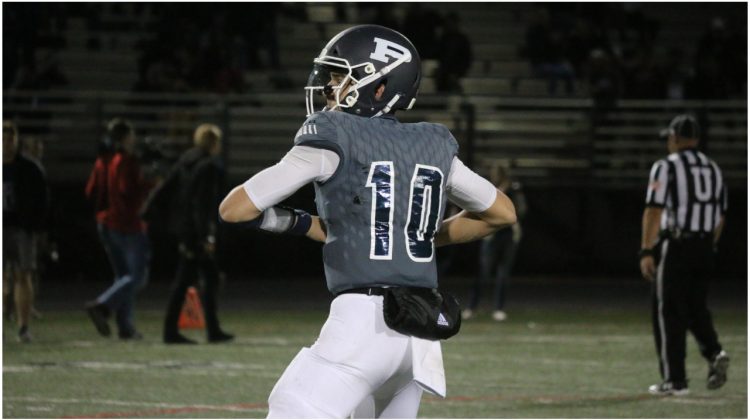 One of the state’s top quarterbacks on one of Arizona’s best teams will no longer be able to play football. Pinnacle High senior JD Johnson announced on social media Wednesday afternoon a medical condition would no longer allow him to play the remainder of the Pioneers’ season and beyond. Johnson is committed to the University of Michigan.

Johnson, who became the full-time starter in the middle of last season following Spencer Rattler’s season-ending suspension, completed 128-208 for 2100 yards and 20 touchdowns through nine games. He threw only four interceptions and ran for four scores, as well.

Michigan head coach Jim Harbaugh will be honoring Johnson’s commitment to the Wolverines. He is expected to be a part of the UM coaching staff when he arrives on campus.

Some players and coaches from other schools took to social media to show their support of Johnson following his announcement.

Praying for you man! You’re a hell of a player and a better dude✊🏻

6A Pinnacle (7-2) is currently ranked 6th in the Open Division standings and hosts Boulder Creek Friday on Senior Night.