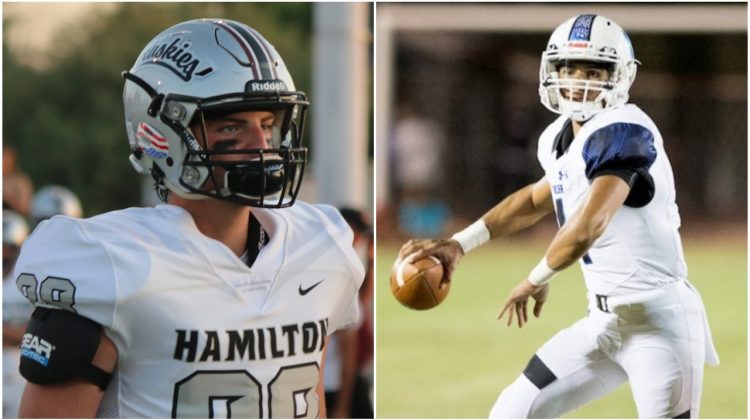 Is Hamilton football back? While the Huskies have had good success in season number two under head coach Mike Zdebski, the Hamilton faithful view the Battle of Arizona Avenue as a measuring stick of their program. Chandler is ranked 24th in the nation according to MaxPreps.

The Wolves are a perfect 9-0 and they’ve outscored their opponents 489-87. Is it realistic to expect the Huskies to win? We spoke with two head coaches who played both teams this season. Both head coaches asked that their names not be used for this.

“Chandler is so good in the trenches, on both sides of the ball, they will be tough to beat,” said one.

“They are deep and talented at running back. When they do throw it, Keene has been very efficient,” said another.

Both coaches like the Huskies offensive line “above average” and believe Hamilton wide receiver Brenden Rice is a game-changer.

Chandler head coach Rick Garretson and Zdebski will meet in person with selected players on Tuesday at the annual Hamilton vs Chandler Battle of Arizona Avenue lunch that is put on by Chandler Rotary.