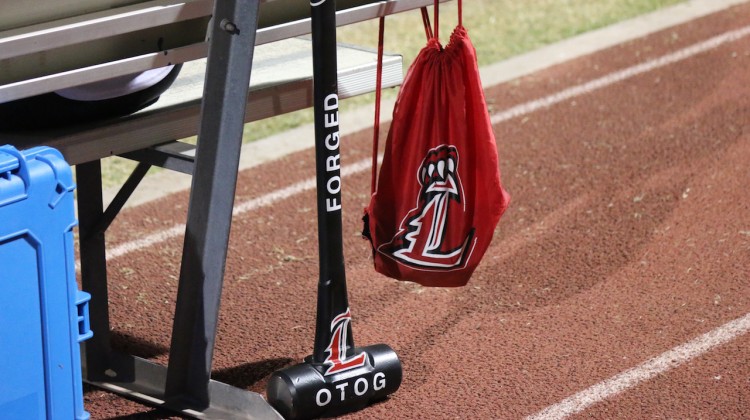 Teams are running out of time not just to make a case for a state tournament spot, but to get in a rhythm to make noise in their playoffs. Some big-name teams visit the west side this week, and some teams may be up to the task of playing spoiler.

Game of the Week: Pinnacle @ Liberty

Last year’s Liberty Lion team finished the regular season with one blemish. A one-point loss on the road to Pinnacle. 2019 has been a different story though. The Lions sit at 5-2 after losses to Brophy Prep and Mountain Ridge with a fierce Pinnacle team coming to Peoria. The Pioneers lone loss on the year was by two points to Eastside Catholic (WA), a team that shutout Centennial in a bowl game last year.

The Pioneers are in a position to host a game in the AIA’s Open Division Playoff, essentially meaning Pinnacle is a top-four team in the entire state. If Liberty wants to play spoiler, they have a lot of work to do. A devasting 2OT loss to Mountain Ridge didn’t feel good, but it became worse after Pinnacle defeated MRHS the very next week, 60-0.

Pinnacle RB Kaleb Covington scores a go-ahead TD to complete a comeback! Pinnacle was down 33-14 midway through the third quarter, and now it leads Liberty 34-33 with 7:13 left! #azhsfb #azpreps pic.twitter.com/sTPiKwCP76

Liberty’s defense will need to step up bigger than they ever have against Michigan-bound quarterback, J.D. Johnson. Lion sophomore, Jax Stam, hasn’t had many QBs throw his direction in 2019, but this top tier QB will have no fear. Leading Liberty with 42 total tackles, Stam may be the leader of the secondary against Pinnacle. To help Stam, pressure on the front line from guys like sack leader Grant Collins, and TFL leader, Isaiah Pittman, will be vital playing against the top-ranked offensive lineman, Tosh Baker.

It will be no walk in the park for the Lion QBs, Jonah Guevara and Brock Mast, either. As a team, Pinnacle has 19 interceptions, 24 sacks, and 53 total tackles for loss. Anthony and Mac Franklin have anchored this Pioneer defense to dominate any offense that comes their way.

Not only will this be the most difficult game of the year for the Lions, but it could also even be the most difficult team they’ve ever faced since the school’s opening in 2006. Scoring early will be key because a 60-0 loss like Mountain Ridge suffered is not an option near the end of the season for Liberty.

Back in the Driver’s Seat

The Sunnyslope Vikings may just be back in the hunt. After their first season sub-.500 since 2012, the Vikings are fighting back in 2019. In 2011, head coach, Damon Pieri, picked up a 1-9 team and made them a 10-win team by 2013. After a 5-6 season last year, their 4-3 record has them on track to not only a winning season but potentially a home game to open the 5A State Tournament.

Coming off a shutout loss to Centennial, their only three losses up to this point have been against teams in the Open Division Playoff conversation. Their four wins have seen Sunnyslope score 35 points or more while holding opponents to just 14 points or less.

While their odds at another tournament appearance seem to be at hand, if they want to strive for another winning season, they have work to do these last three games. Before closing out the season at home against Ironwood and Apollo, the Vikings face a stout Sunrise Mountain team on the road. The Mustangs are coming off a routing of Raymond S. Kellis where they only needed 426 total yards to post a 50-7 victory.

The Mustang offense has been rolling behind senior quarterback, Alexander Gianoli, who has thrown for over 150 yards in five of his seven starts. Sunnyslope’s Ashton Yurkiw and the rest of the secondary will be licking their chops in search of interception number 11 on the season and Yurkiw’s sixth. SMHS’s offense has included much more rushing as of late, though, so we’ll see how the Mustangs shake things up.

Another stout program comes to the West Valley on Friday as Desert Vista heads to Anthem to battle a 3-4 Boulder Creek squad. The Jaguars are near the end of a brutal four-game stretch including games against Perry, Chaparral, Liberty, and the 5-2 Desert Vista Thunder. Their final two games to end the season is against a revitalized Mountain Ridge program and Open Division contender, Pinnacle.

The Jags are on a three-game skid in this tough series of games but still, sit in the catbird seat to make the 6A Tournament for a third year in a row. Senior, Josh Van Gysel leads this defense with force, totaling 63 tackles and seven tackles for loss this year. Four different Jaguars have also snagged INTs for a total of six picks.

Jacob Cisneros had 531 total yards and 6 TD’s. Not a typo 531 total yards. Definitely hope he is considered for AZ player to the week @azc_obert https://t.co/Pxz9oc3y7T pic.twitter.com/ERzpjuxlpI

Junior, Jacob Cisneros, has been the heartbeat of the offense, rushing for 899 yards and racking up more than 100 rush yards in six of his seven games in 2019. Cisneros is responsible for 12 of the Jaguars’ 20 TDs on the season.

While beating Desert Vista is certainly a tall task, simply finding a good rhythm after a tough game against Liberty last week would give them good momentum in these final three games. The obvious goal is to make the tournament, and some good showings to close the season could do just that.

After a magical 2018 season, being ranked first in the 4A Conference at one point, the Glendale Cardinals are on their way to their third straight winning season after being unable to do so for nine years prior.

The offense has leveled itself out in 2019, averaging just over 230 yards per game both on the ground and through the air. Part of that has come with the emergence of junior quarterback, Rocco Bruney, adding another dimension to this offense. While senior running back, Kevin Daniels, is still the star of the offense with 19 touchdowns rushing for 873 yards, Bruney has added 12 passing TDs throwing for over 1,500 yards.

The Cards welcome in the Combs Coyotes as GHS attempts to pick up win number six on the year. While last year’s 9-1 record is not obtainable to match, a strong end of the season could push them into a playoff spot for their first back-to-back tournament appearance in over a decade. 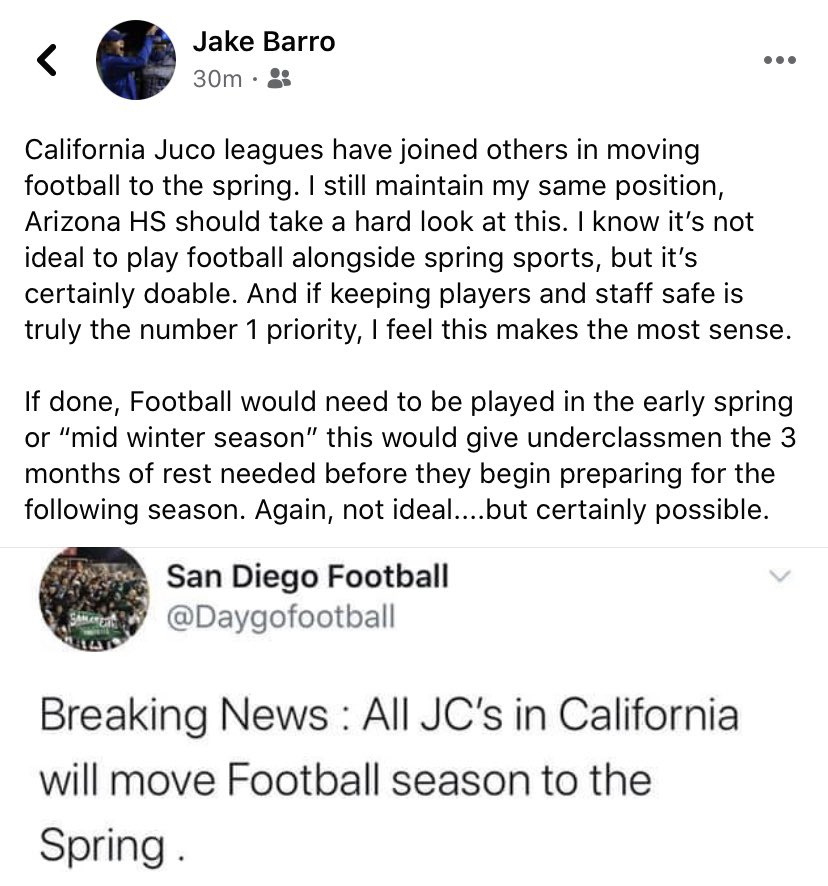 @EricSports360AZ @Sports360AZ @Isbenjamin20 @bradcesmat @JordyHamm @sandecharles @devonhenry77 @CaliBloodLine81 @SpiceBoy408 @DEdgeFootball @saguarofootball @gridironarizona "The one thing I would want to say that would personally saddened me is if individuals were to use these guidelines that we put out as a rationale to help keep schools closed. As I said, the public health interest of the students today is to get these schools reopened."
View on Twitter
0
0

"The portfolio of guidance(s) that were given (were) to make them practical for their schools to reopen."
View on Twitter
0
0