Here are some hi-lights from our most recent conversation (September 16th) with the Fantasy Sports Writer’s Association Hall of Famer.

Is Mason Rudolph a viable add considering how deep the quarterback position is? “Mason Rudolph looked good [Sunday]. He’s got a lot of weapons on offense and I never say never but if Josh Allen is available go out and get him. I think what we have to really look at is, from a fantasy perspective is, how are these injuries to (Roethlisberger and Brees) going to impact the players around them. This hurts everybody. Everybody! Maybe in Pittsburgh it’s going to help Vance McDonald or James Washington. Remember, Rudolph and Washington were together at Oklahoma State. For the Saints, Michael Thomas is still going to get targets. I’m not sure if the targets are going to be as accurate without Brees. Jared Cook takes a hit. Even Alvin Kamara takes a little bit of a hit. It’s kind of depressing talking about these two quarterbacks. One being out for the rest of the season and one being out for around six weeks or maybe a little bit more.”

Is Kingsbury hampering Johnson’s fantasy value? “The game Sunday was odd. The matchup was bad and David got banged up with the wrist. It looks like he’s ok, thank goodness. When you look at the snap counts, he’s still on the field for 76% of the snaps and remember, that’s probably a little bit low because he missed time with the wrist. He’s also a very good pass catcher and he’s been targeted eight times in two games. I think it’s fine. I think where we’re seeing Kingsbury’s influence the most: after two games, the Cardinals have two wide receivers in the top 10 in terms of targets: Christian Kirk and Larry Fitzgerald. That’s where you’re seeing the Kliff Kingsbury influence.”

What is your advice with struggling Cam Newton and his fantasy future this season? “You can’t cut him unless you’re in a smaller league. In the last four games dating back to last year, Cam Newton has no touchdowns: not rushing, not passing. He’s averaging nine rushing yards a game. His running ability is what made him a fantasy superstar. If he’s not running with the ball, he’s a QB2 at best. He’s a QB2 who’s not accurate right now. He’s left so many fantasy points on the field last week against Tampa Bay.”

@Sports360AZ @WFFootballTeam @CloudKaden24 is the Higley killer, 3 TD's this year, a 99 yard TD last year!!! Defense deserves a ton of credit for allowing only 3 second half points to allow the comeback to happen!! Great job @KelvinHunter21 and crew!!
View on Twitter
0
2 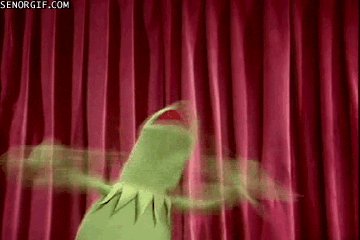 @Sports360AZ @zaccheus_1723 @devonhenry77 @LibertyFBLions Ohhh I wish I knew what he was saying in the End Zone!!! Keep Grinding Z!
View on Twitter
0
2