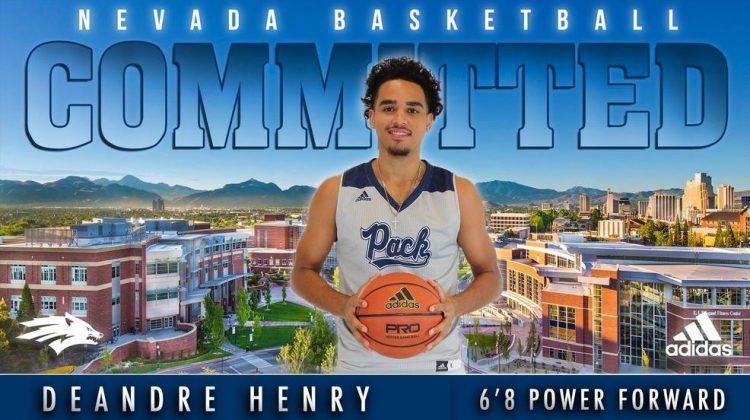 Some questioned why rising offensive lineman DeAndre Henry, who already had two Power 5 offers in Arizona State and Kansas State, would hang up the cleats before his junior season at Mountain Pointe High School to focus on basketball.

Now we know why the 6-foot-8, 220-pound power forward opted to hit shots instead of defensive ends.

He even thanked through social media the people who doubted his decision to solely stick with hoops.

“I also have love for the people who doubted me,” Henry said in the tweet announcing his commitment Tuesday afternoon. “Because without their motivation, it wouldn’t be possible.”

The Wolf Pack also have a commitment from former 2020 Chaparral shooting guard Alem Huseinovic, who will play for the new PowerHouse club team this year. Former St. Mary’s High and Hillcrest Prep forward K.J. Hymes is entering his redshirt freshman season with Nevada.