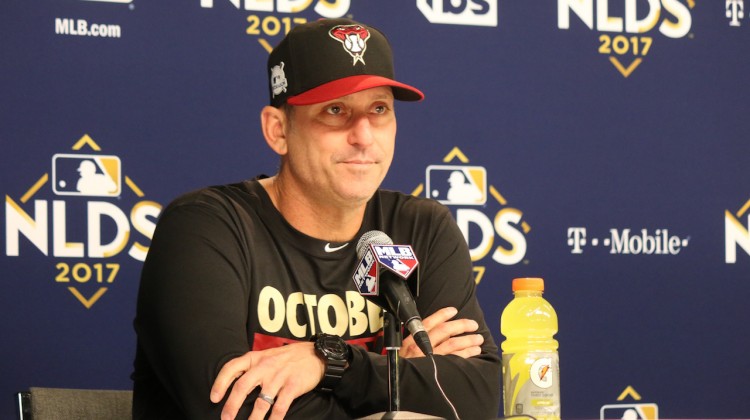 September 23rd, 2018, the Diamondbacks were knocked out of playoff contention after sitting atop the National League West for much of the season. It sparked me to ask these questions about the uncertain future of the club:

A year later to the day, and the Diamondbacks suffered the same fate in their 2019 season.

But many of those questions that loomed over the offseason last year have been answered, for better or for worse.

The window that featured Paul Goldschmidt, A.J. Pollock and Patrick Corbin as the faces of the franchise had closed. Pollock and Corbin were priced out of the Snakes’ budget and Mike Hazen made the unpopular – although the correct – decision to trade America’s first baseman.

Buoying an outfield that featured David Peralta and Steven Souza Jr. really only featured one of them as Souza suffered an injury that left him out for the year just days before the regular season kicked off. Adam Jones and Jarrod Dyson shouldered much of the load, and Ketel Marte found himself in center field for 92 games this year.

This time last year, there were questions around who would man third base moving forward. Eduardo Escobar found himself in the hot corner for 131 games this year as Jake Lamb saw time at first base and predominantly on the injured list.

Looking at the Snakes’ lineup moving forward, it seems as though much of it is in place. Ketel Marte is a star in the making and can man multiple positions at an elite level. Nick Ahmed is entering an arbitration year coming off his strongest offensive performance of his career. Eduardo Escobar has used the FOGO Power to fuel a career year. Christian Walker has proven to be a more than suitable first baseman in this lineup. Carson Kelly’s strong play forced the Diamondbacks to move away from their three-catcher rotation, something that had been a staple of the Hazen-Lovullo era.

The outfield could see some changes. Jarrod Dyson and Adam Jones are both free agents. David Peralta is under contract for one more year but has missed significant time this year. Could Josh Rojas play his way into an everyday outfield spot next year? Is this where the team puts a focus on offseason spending? Can Steven Souza Jr. have a healthy season in the middle of this lineup?

Darnell Coles has to be recognized for the work he did as hitting coach this year. In 2017 and 2018, the Diamondback offenses limped along, specifically in the second half. The only difference between the two was the addition of J.D. Martinez in 2017, who had a historic second half that helped will the team to the postseason.

Despite not having Paul Goldschmidt and A.J. Pollock at all and missing Steven Souza Jr. and Jake Lamb due to injury, Coles helped keep the offense rolling for much of the year. Yes, runs were up across the board in Major League Baseball, but Coles approach helped keep this team in many games when the pitching wasn’t quite there.

The rotation saw a metamorphisis as well. Not only did Patrick Corbin not return to the team, but Zack Greinke was traded in a deadline deal that brought a haul of prospects and cash relief for the D-backs. Zac Gallen was another additional that impressed in his small sample size with the club.

In addition to Gallen, Merrill Kelly, Robbie Ray, Alex Young, Luke Weaver and Mike Leake will all be in position for spots in the roation next year. Weaver looked to be a top of the rotation talent before missing a significant chunk of the year due to injury. Taijuan Walker will also presumably be ready to go after his long absence after Tommy John surgery and Taylor Clarke and Jon Duplantier could help in the rotation or bullpen.

So the question within the rotation moving forward is who’s the #1?

Is that a role Hazen and Lovullo believe Ray can take over and bolster a rotation? Can he find the swing and miss capabilities he had in 2017? Could the trade rumors swirling around Ray at the deadline continue into the offseason? Do they use some of that salary relief from the Zack Greinke trade to bring in another starter?

Which brings us to the bullpen.

I was so, so, SO wrong about this group this year. Entering 2019, I thought this could be the best position group within the team. In 2017, this group was fifth in the league in ERA. In 2018, they were seventh. This year, they fell to 16th.

Greg Holland started off the year strong but was designated for assignment. Archie Bradley had a 4.95 pre-All-Star Game ERA before salvaging his season with a 1.86 clip in the second half and assuming the closer role. Yoshi Hirano went from one of the best 7th inning pitchers in 2018 to giving up nearly two more runs per nine innings pitched. T.J. McFarland, the Swiss Army Knife of the bullpen, never was really able to properly get going.

It wasn’t all bad, though. Kevin Ginkel showed he could be a late-inning option in the future, whether that be as a set-up man or closer. Bradley went from pitching in low-leverage situations to being “the” bullpen option when the Diamonbacks went on their run in early September.

Is that something he can continue in 2019 as the team’s closer or will it be a battle yet again?

It wasn’t just the Big League club that made huge changes, though. The D-backs farm system is now a top-10 group thanks to a plethora of picks in this year’s draft and bringing in three of Houston’s top-five prospects in the Zack Greinke deal.

Mike Hazen No Longer Needs to “Get Creative” By Necessity

Pair that with the new financial freedom Mike Hazen will have to pursue free agents now that the majority of the Greinke deal is off the books, and the franchise as a whole is in a much better place than it was a year ago.