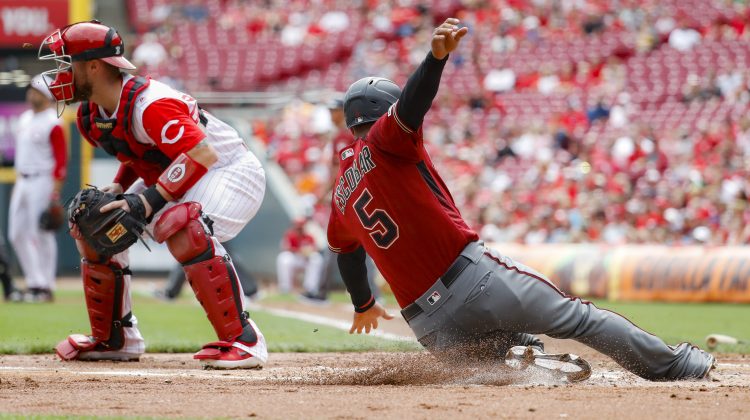 Just 18 games left for the Diamondbacks heading into Monday’s series at New York against the Mets. Arizona trails the Chicago Cubs by just a game-and-a-half in the National League standings for the final playoff spot. The Diamondbacks have 75 victories and probably need to get to between 88-90 wins in order to secure a postseason berth.

Arizona took two of three in Cincinnati over the weekend, while the Cubs dropped three straight to Milwaukee. Both the Brewers and Philadelphia are just a half-game back of the Diamondbacks so the competition is going to be fierce down the stretch. As for the Cubs, they open a series in San Diego on Monday night.

It’s been interesting to see the national media starting to pay attention to the Diamondbacks playoff push. Arizona has won 11 of its last 13 games to get back into the postseason conversation. Ketel Marte continues to put up big numbers and has even been mentioned in some circles as a dark horse MVP candidate because of  his offensive output.

Monday, the Diamondbacks will send Merril Kelly to the mound against the Mets.