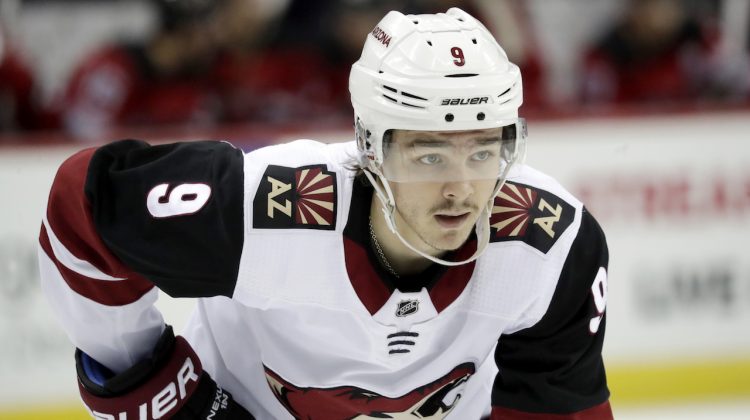 The Arizona Coyotes just came to terms with a big part of their future.

The organization signed 21-year-old center Clayton Keller to an eight-year extension with an average annual value (AAV) around $7.15 million, meaning his contract runs through the 2027-2028 season and is worth somewhere around $57.2 million. Keller would have become a restricted free agent after this season if the deal was not extended.

Hearing the Coyotes are closing in on an 8-year contract extension for forward Clayton Keller, who could have become an RFA after this season.

“Clayton is elite in every sense of the word. He is not only an All-Star and one of the premiere offensive playmakers in the league, but he is equally special as a person with his drive and determination to be great,”  said Coyotes General Manager John Chayka in a release. “We are thankful to Clayton for believing in our future and look forward to him playing a vital role on this team for many years to come.  We are also very appreciative of Mr. Meruelo’s willingness to invest in our future and solidify one of our core players here in Arizona for a long time.”

The 2016 seventh overall selection in the NHL Draft has showed a lot of promise and skill in his first few years as a Coyote, finishing third in Calder Memorial Trophy voting for Rookie of the Year in 2017-18.

That season, Keller finished with 42 assists and 23 goals while playing in all 82 games for a team that had early woes, but finished the season strong.

Despite the strong rookie campaign and a 2019 All-Star selection, Keller had somewhat of a down year for his standards, registering just 47 points while being a minus-21 in his second season.

He still led an offensive-starved lineup in points, but Keller did not tally a point in 13 of the team’s final 18 games down the stretch of the season.

Nonetheless, Keller is still just 21 years old and among the NHL’s top young players. His best years are still in front of him, and he has not missed a game over the last two seasons.

With the addition of Phil Kessel and the return of Nick Schmaltz, who suffered a season-ending injury last year, the thought is that Keller returns to form just like his rookie campaign and continues to light up the scoreboard with some new offensive weapons around him.

“This is a truly special day for my family and I,” said Keller in a statement. “I love everything about being a Coyote.  My teammates are great.  We have a great coaching staff.  Everything about this organization is on the right track and I know we have an opportunity to do some special things here for a long time.  Arizona is where I want to be and I’m proud to commit to the Coyotes long term.  I’m thankful to the organization for believing in me and believing in what we can accomplish moving forward.”