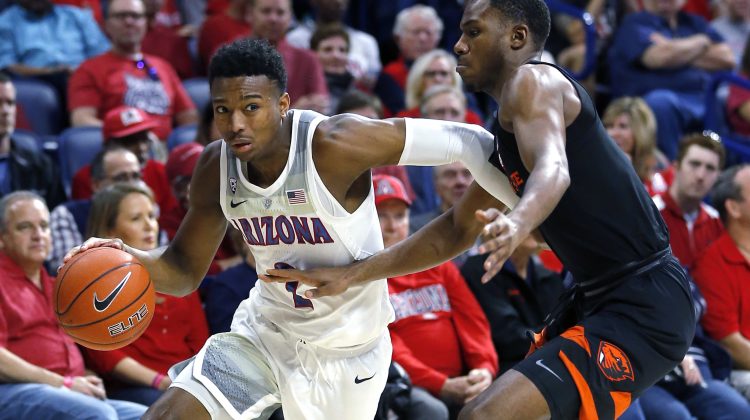 Injury has claimed one of the key players for the University of Arizona basketball team.

The University released a statement late Wednesday from Sean Miller and Williams “Brandon is one of the most talented guards we have recruited during my tenure as head coach at Arizona,” Miller said. “A year ago, Brandon quickly became one of our team’s best players and one of the Pac-12’s most exciting freshmen. The news of Brandon’s season-ending surgery is beyond disheartening. All of us that comprise Brandon’s Arizona Basketball family, as well as our own loyal and passionate fan base, will rally around him and support him as he begins his journey to recovery.”

“I want to thank my family, fans and the Arizona Basketball program for their continued support,” Williams said in the school’s release. “I’ve overcome obstacles before in my life and will work with our strength and medical staffs to overcome this one. I’m dedicated to continuing my work in the classroom as a student, and I look forward to supporting my teammates and coaches as I spend this season focusing on my health.”

Earlier this summer Alex Barcello left the program and transferred to BYU and incoming freshman Terry Armstrong decided he would explore professional options rather than enroll at the UA.