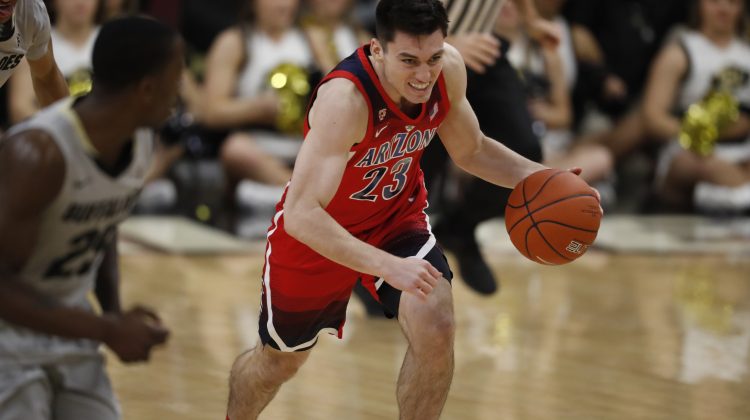 Former Arizona Wildcat guard Alex Barcello can add another sticker on his suitcase. Phoenix, Tucson and now Provo, Utah. The former Corona Del Sol star confirmed made the announcement official on Twitter that he is enrolling at BYU.

I’m thankful and excited for this opportunity to be a apart of such a great University and basketball program! Can’t wait to get to work! #GoCougs⚪️🔵 pic.twitter.com/0vS7lzVjcR

Barcello will have to sit out a year due to NCAA transfer rules and will be eligible for the 2020-21 season. He will have two years of eligibility remaining. After leaving the University of Arizona program in June, Barcello returned to Phoenix and worked out with noted basketball shooting coach Art Dye to regain his confidence and shooting form. “I’ve been working with Alex quite a bit” Dye said by text on Wednesday night. ” His shot was way off, confidence was way down. Good things happen to good people. It will happen to him”.  Barcello was a terrific outside shooter in high school, but hit just over 29-percent of his three-pointers for the Wildcats.

BYU had an available scholarship under first year head coach Mark Pope.  Last week Barcello’s name surfaced at Butler, a program  that recruited him hard while he was still in high school.