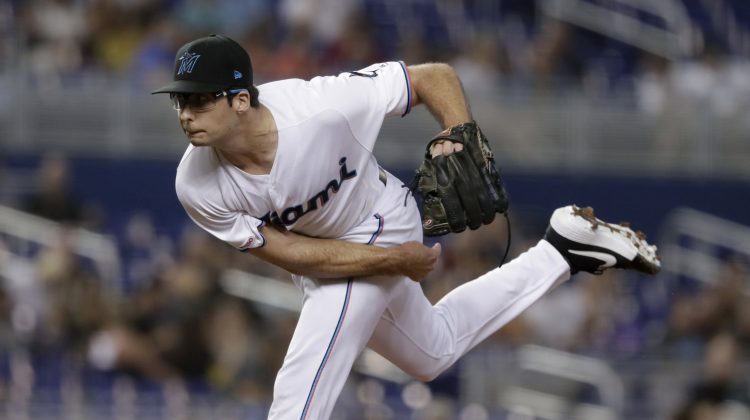 Right-hander Zac Gallen is headed to the Arizona Diamondbacks from the Miami Marlins for shortstop prospect Jazz Chisholm, source tells ESPN. Gallen has been very good, with a 2.72 ERA in seven major league starts.

The 6-foot-2, 191 pound right-handed pitcher has made seven starts at the big league level and has thrown back-to-back seven inning outings his last two starts. In 36 major league innings, he struck out 48 batters. In 91.1 innings at Triple-A New Orleans, the right-hander has a 1.77 ERA with 112 strikeouts this season.

Gallen is known more for his control than pure stuff, although his upper-80s cutter has become an above-average pitch that he can throw in any count. He stays in the low 90s with his fastball, touching 94 mph, and he changes speeds effectively with both a changeup and curveball. All of Gallen’s offerings are average-or-better pitches, and even though his walk rate ticked up to a career-worst 3.24 walks per nine innings this season, his above-average control helps all of his pitches play up.

Chisholm has been atop the Diamondbacks’ farm system for a few years now, and the free-swinging shortstop has 18 home runs this year, but has struggled with a .204 batting average with 123 strikeouts in 264 at-bats in 2019.