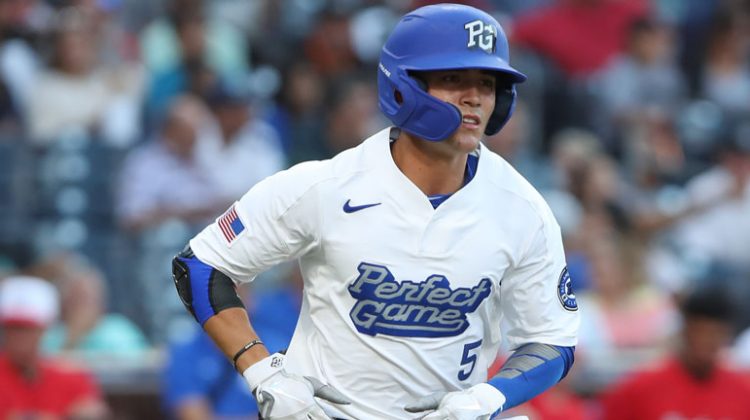 Monday is a big night for the Diamondbacks, who have seven picks in the MLB draft’s first 75 picks.

“I love this kid. He’s one of my favorite players in the draft. He is only 5-10, but it’s a strong 5-10. He’s a quick twitch athelte, well above average runner, exceptional hit too. There’s power in that body too.”
O’Dowd continued and said he doesn’t “see many holes” in Carroll’s game.

As a senior, Carroll hit .540 with nine home runs and notched 22 home runs and 101 RBI in his four years with Lakeside High School.
The Diamondbacks will select again with the 26th overall pick, a compensatory pick for not signing last year’s first round pick Matt McClain.
Share Tweet Share