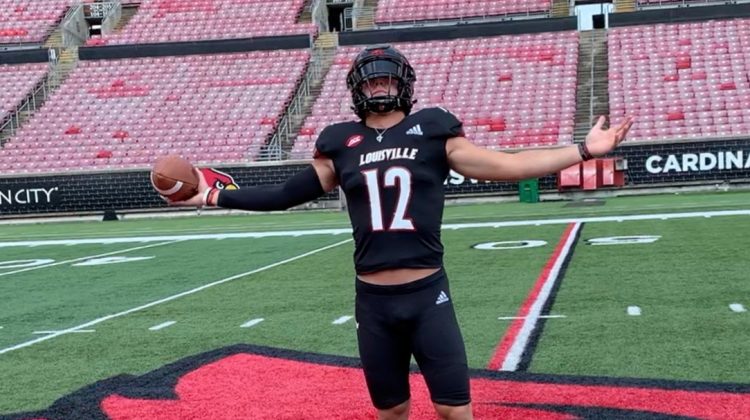 In the days following Perry QB Chubba Purdy’s decision to pass on Arizona State for Louisville, the in-box has been filled with questions about why the Sun Devils can’t convince a top-flight quarterback to stay at home. In the case of Purdy, I think this was just another example of a talented football player wanting to get out and see the world. In recent years Kyle Allen, Brian Lewerke, Ryan Finley, Tyler Shough, Brock Purdy, Gunner Cruz,  Jacob Conover, Spencer Rattler and several others decided to head to any road leading out of Arizona. None of the 2020 in-state quarterbacks are going to ASU. Cbubba, Jack Miller(Ohio St.), Ben Finley(NC State) JD Johnson(Michigan). Will Plummer at Gilbert(love what he’s all about too) is a quarterback committed to Kevin Sumlin at Arizona.  Going back on Chubba,  we had dinner last Thursday night, and the young man couldn’t have been more excited or committed to his decision. It wasn’t anything that Arizona State didn’t do, it was more about what Louisville head coach Scott Satterfield and his entire staff did from start to finish in the recruiting process that made it crystal clear for Purdy to commit to UL. He called Rob Likens at Arizona State on Thursday to tell him “thank you”. He called Boise State and Kansas State  to tell them the same. As a fan of football, it’s pretty cool to see so many talented quarterbacks play on Friday nights in our great state. Ryan Kelley(Basha) and Bryce Perkins(Chandler) did decide to stay at home, but it didn’t work out for them or ASU. Herm Edwards and his staff have to keep on grinding for the instate quarterback. One of these days a local kid will say “I want to stay home and be the Sun Devil QB”.