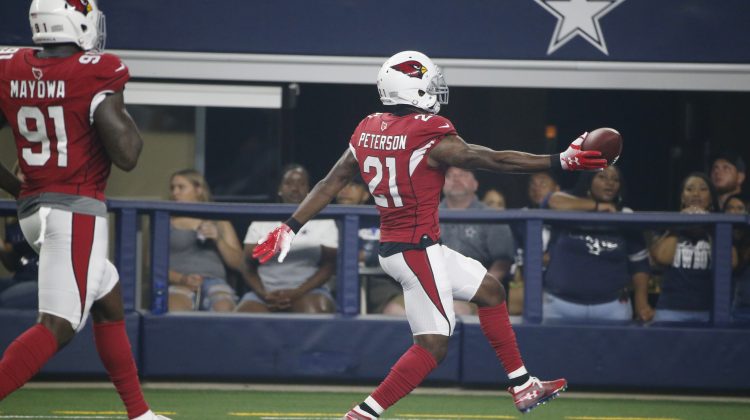 The turbulent relationship with the Arizona Cardinals and Pro Bowl cornerback Patrick Peterson took another turn for the worse Thursday morning when news broke that “P2” won’t be seeing the field anytime soon this fall.

The long-time staple of the Cards’ secondary, an eight-time Pro Bowl selection, has been “feuding” with the team whether it be through the media or social media. Peterson did not attend recent off-season workouts at the team’s facility.

Per Schefter’s report, Peterson won’t appeal his suspension. Further details about why the cornerback was suspended remain confidential per NFL policies. He won’t be eligible for the Pro Bowl.

Peterson has two years left on his current deal. He’s scheduled to make $11 million this year and just over $12 in 2020. Schefter also reported the Cardinals have been aware his pending suspension.