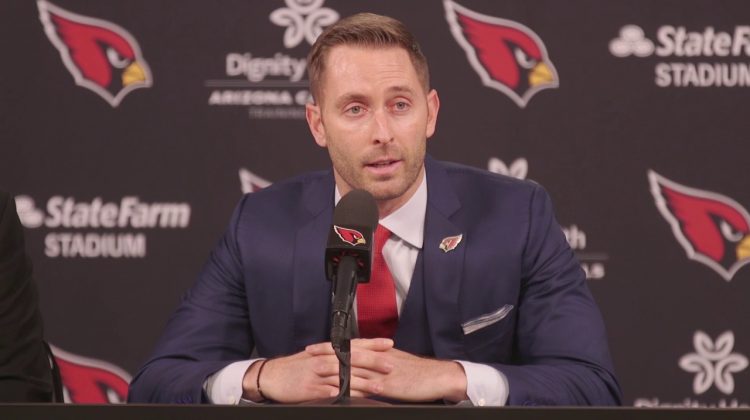 The Arizona Cardinals added some fresh faces to their roster over the weekend, highlighted by first overall pick Kyler Murray and 10 others in the 2019 draft.

Saturday’s first selection was rangy and athletic wide receiver Hakeem Butler in the fourth round (103rd overall). Below are the remaining players selected on Day Three.

Deionte Thompson (safety-Alabama) — Cards look to get some help in the back half of Defensive Coordinator Vance Joseph’s secondary with this 5th-round pick (139 overall). Thompson is an athletic and fluid safety with good instincts around the ball. He also provides another playmaker in run support. Some believe a wrist injury hurt his stock in the draft.

Keesean Johnson (wide receiver-Fresno State) — Arizona’s 6th-round pick (174 overall) is an excellent route runner who struggled at the NFL Combine but performed better at his Pro Day. Johnson doesn’t possess blazing speed but can make defenders miss in space and can line up at different receiver positions. “I see myself being a real versatile guy,” he said on a conference call shortly after being selected. He also said he wasn’t named after the other Keyshawn Johnson who, coincidentally, also played wide receiver.

Lamont Gaillard (center-Auburn) — Cards’ second 6th-round selection (179 overall) addresses a much-needed depth issue up front protecting Murray. The 6-foot-3, 305-pounder played both guard and center for the Bulldogs. He’s considered a limited athlete who struggles in certain pass protection packages but excels in combo blocking schemes and reading blitzes. “It feels so amazing,” Gaillard said. “We have a great quarterback and I fit right in…my strength is at center but I can definitely play guard.”

Joshua Miles (tackle-Morgan State) — First pick of the seventh round (248 overall) is essentially the first “small school” player selected by the Cardinals. The 6-foot-5, 314-pounder has excellent size with the ability to play both guard and tackle. Athletic and quick but needs work in pass protection and has questionable footwork at the NFL level. “I’m super blessed to say the least,” Miles said. “I was just ready to go somewhere. I’m definitely glad to go to Arizona.”

Michael Dogbe (defensive end-Temple) — One pick after Miles the Cards went back to defense selecting the “athletic freak.” The 6-foot-3, 284-pounder had a productive 2018 season for the Owls registering 69 tackles to go along with seven sacks. “I’m speechless,” Dogbe said. “It’s been a long road coming. I can play all along the defensive line. I play with tremendous strength.”

Caleb Wilson (tight end-UCLA) — The final pick of the draft, aka “Mr. Irrelevant” was the former Bruins standout tight end who left Westwood after a productive junior season. “It got a little scary in the end,”  he said. “All I need is my name to get called and an opportunity.” Wilson is best used down the field where he can use his 6-foot-4, 240-pound frame and above average speed (4.56). He caught 60 passes for 965 yards and four touchdowns last fall.

“To have the board fall the way it did,” he explained. “Particularly at wide receiver, it felt right the way it fell.”