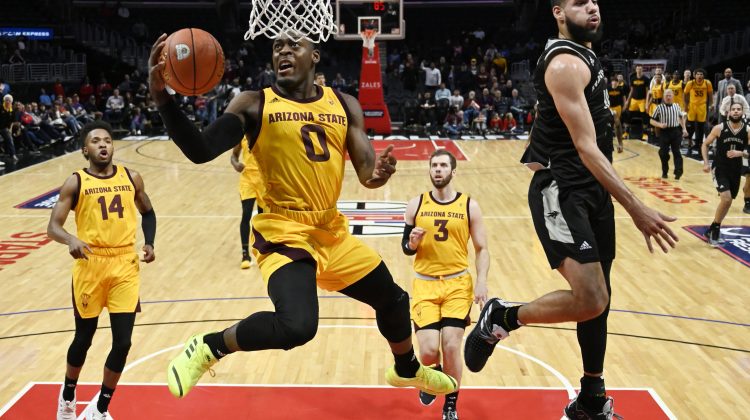 Thank you to everyone who has helped me get this far. I’m excited to start the next chapter of my life. #SunDevilForLife

Dort will hire an agent and is “all in” on the NBA moving forward according to ESPN’s Jonathan Givony.

The 6-foot-4, 215-point shooting guard averaged 16.1 points, 4.3 rebounds and 2.3 assists. He was named the Pac-12 Freshman of the Year and garnered second-team All-Conference honors.

A four-star recruit from Montreal, Quebec Dort made an immediate impact his only season in Tempe as the Devils advanced in the NCAA tournament for the first time in several years.

While he struggled at times with consistency offensively, Dort was arguably ASU’s top defender. An intense all-around player, he averaged 1.5 steals per game and used his strong upper body to keep opponents out of the paint.

He’s projected by many to go anywhere late in the first round of this summer’s draft.