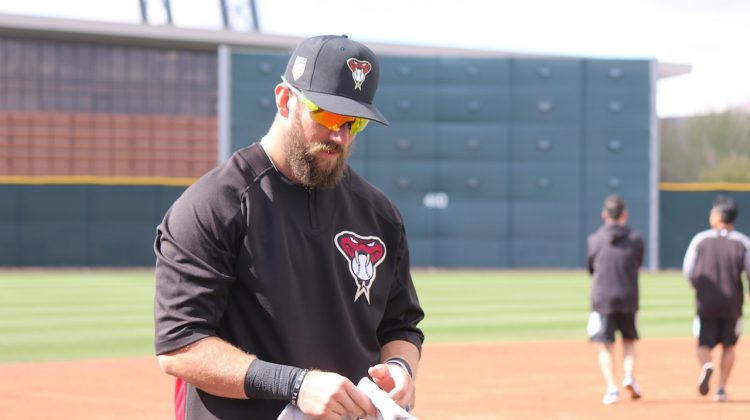 Last year, his first season with the Diamondbacks, was slowed down by a series of injuries, including a shoulder injury he sustained in spring training. He appeared in just 72 games, had a .220 batting average and hit just five home runs, one year removed from a 30-bomb season with Tampa Bay.

It was a different year but similar result for the outfielder. On Monday, Souza scored on a Ketel Marte single during an exhibition game against the White Sox. He slipped on home plate and had to be helped off the field after clutching his knee.

Souza scores but not without cost… pic.twitter.com/ndGmqdmzgW

The Diamondbacks faced this situation in 2016 when A.J. Pollock fractured his elbow in an exhibition game two days before Opening Day. He appeared in just 12 games that year and the team went 69-93 that year.

The team is hopeful Souza’s fate will be more favorable than Pollock’s, and the outfielder will be reevaluated on Tuesday.